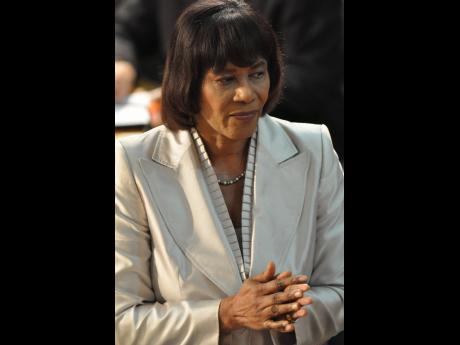 Political scientist Richard Crawford says he does not expect Prime Minister Portia Simpson Miller to provide "impressive" reasons for shifting the embattled health minister when she addresses the nation in a broadcast later this evening.

The prime minister's move to reassign Dr Fenton Ferguson to the labour and social security ministry has been met with mixed reactions, with many believing that the effort does not go far enough and that the minister should have been removed from the cabinet.

Crawford says Simpson Miller should tell the country this evening what investigations into the bacterial outbreak have shown and how the Government will address the situation.

The prime minister's address is scheduled for 7 p.m. on Power-106 FM and all major radio stations.

In the meantime, Crawford says too many political leaders in Jamaica take criticisms of their leadership style and practices too personally.

Speaking with The Gleaner-Power 106 News Centre this morning, he says many politicians tend to believe they are doing a good job within the context their political framework, but do not pay enough attention to how their work is in fact advancing the country.

Crawford was speaking against the background of the decision to reassign Ferguson from the Ministry of Health. Ferguson has been facing increased pressure following  last year's chikungunya outbreak and the recent bacterial outbreak at two hospitals which claimed the lives of 19 babies. He was also criticised for the weak implementation of a public smoking ban in 2012.

Crawford says the situation involving Ferguson is a good example of how political leaders sometimes seek to contain issues instead of trying to resolve them in order to shield themselves from criticism. He says political leadership needs to move beyond personalities.