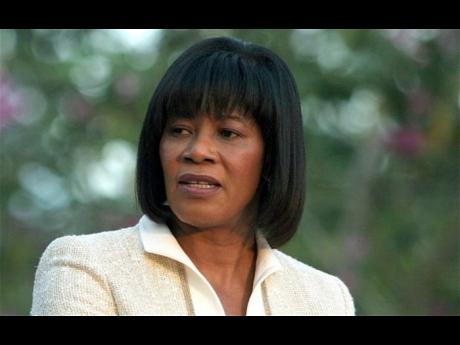 Simpson Miller ... Our task is to ensure that as much as it is humanly possible, we eliminate such tragedies which cause great pain to our mothers, families and our nation.

In a recorded broadcast to the nation aired on radio Sunday evening,  the Prime Minister said Dalley has also been ordered to review the reporting structure between the regional health authorities and the Health Ministry.

"Our task is to ensure that as much as it is humanly possible, we eliminate such tragedies which cause great pain to our mothers, families and our nation," she said. Simpson Miller has expressed confidence in Dalley’s ability to improve the health sector in the short term and she said he has assured her that his first priority will be to strengthen the system of health care delivery to reduce or eliminate the deaths of babies or adults from causes such as bacterial outbreaks.

On Friday, the Prime Minister announced that Dalley, the Minister without Portfolio in the Finance Ministry, would be replacing the embattled Health Minister Dr Fenton Ferguson.

Ferguson is now the Minister of Labour and Social Security.

Derrick Kellier who previously had that portfolio will continue to lead the Ministry of Agriculture and Fisheries.

The changes came as pressure peaked for the Prime Minister to take action of Ferguson's handling of the dead babies scandal.

It also coincided with the release of the highly-anticipated health audit report which the Prime Minister ordered Ferguson to release earlier than he had planned to.

Meanwhile, Simpson Miller used her address to the Nation to again say sorry for the deaths of the 19 pre-mature babies from klebsiella and serratia infections at the University Hospital of the West Indies (UHWI) in St Andrew and the Cornwall Regional Hospital in St James . "The Government feels the anguish of the mothers and fathers who have lost their babies. We are truly sorry for your pain and the loss of these precious lives," Simpson Miller said.

She appealed to the nation to remain hopeful and to work together with the Government to continue to build Jamaica.