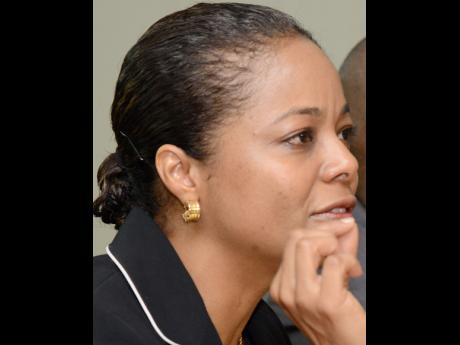 According to Malahoo Forte the Prime Minister did not go far enough to deal with the chronic issues affecting health sector.

"We are not surprised that it took this long for the Prime Minister to intervene as this is how she operates.

Malahoo Forte also wants actions against the politically appointed regional health managers who she said have failed the sector and mourning mothers.

Here are her 10 recommendations

1. Reduce political intervention in appointment of regional and hospital leadership by setting up a committee of stakeholders to make appointments.

2. Ascertain the real current cost of patient care and the current state of hospital infrastructure and management.

3. Institute sanctions for heads who violate reporting requirements and protocols.

4. Increase health budget to match in real dollar amount at least what it was in 2011, and set a plan to ensure that it matches inflationary and exchange rate changes as the JLP had done.

5. Begin work to set up a national health insurance program to insure every Jamaica and fund the system.

8. Replace the politically appointed heads at the Regional and Ministry levels who were complicit in hiding the audit report and who misled the nation as to its findings.

9. Begin negotiations to compensate families whose babies were victims of this mismanagement.