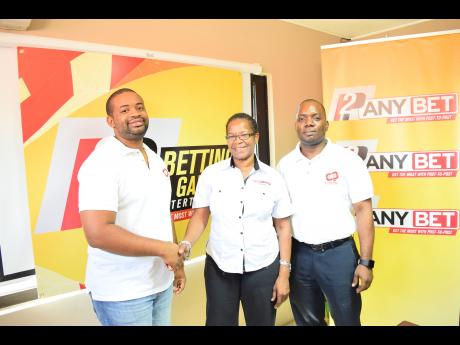 Clan Pro Circuit (CPC), the leading organisers of competitive gaming tournaments in Jamaica, has announced a landmark deal with P2P Betting & Gaming Entertainment. The sponsorship marks the first such investment in local e-sports on any level and could be a catalyst for the industry to become mainstream.

E-sports involves the use of electronic systems such as game consoles or computers to provide a medium for gamers to compete in tournaments which are usually mediated by human computer interface.

CEO of P2P Betting & Gaming Entertainment Sandra Donaldson noted that while still an emerging segment in Jamaica, e-sports has already attracted hundreds of gamers locally and, based on the global projected growth, can blossom into an industry leader for gaming entertainment.

"At Post-to-Post, our goal is to continuously improve and enhance the gaming entertainment experiences we carry to our customers by bringing them new and exciting products. This partnership represents yet another fulfillment of this goal. Post-to-Post is about gaming entertainment and when one considers the staggering statistics for e-sports globally, it naturally follows that we put our support behind the team with the vision to organise and lead what many may believe is an idle hobby. Post-to-Post wants to be a part of bringing this exciting phenomenon to Jamaica and looks forward to the continued success of the Clan Pro Circuit team in staging their series of e-sports gaming events," said Donaldson.

Gregory Moore, chairman of Clan Pro Circuit, is elated to have corporate support for the first time in the history of local e-sports, and is hopeful this will trigger a boom in the industry as Jamaica is being carefully monitored by e-sports enthusiasts around the region.