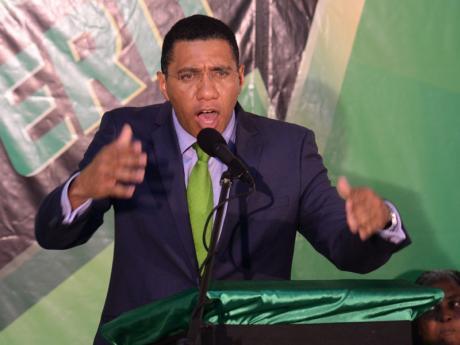 File Photo
In a statement this morning, Holness said the opposition is not surprised by Senator Falconer's reaction.

Opposition Leader, Andrew Holness, is defending his Facebook posting of a photo of two hospital patients sharing cramped quarters, saying he will not be silenced.

In a message which accompanied yesterday's post, Holness said the picture, which showed the faces of the patients, highlighted the poor conditions in Jamaica's health facilities.

It drew strong condemnation from Minister with responsibility for Information Senator Sandrea Falconer as well as hundreds of users on social media.

Falconer said the posting of the image violated the privacy of the patients and was vulgar exploitation of the sick.

However, in a statement this morning, Holness said the opposition is not surprised by Senator Falconer's reaction. Holness captioned this photo: "This is the situation in some of our hospitals. The audit report will never capture the indignity our healthcare system serves out to the poor who must use the service, like this picture does!" – Photo via opposition Leader Andrew Holness' Facebook page

According to him, the reaction is part of the usual style of the People's National Party administration to mislead, misinform and cover up issues that require national attention.

The opposition Leader said he will not be silenced because it is his duty to bring serious matters to the attention of the public.

The People's National Party Youth Organisation says it has written to Public Defender Arlene Harrison Henry, complaining about what it characterises as Holness' egregious conduct.