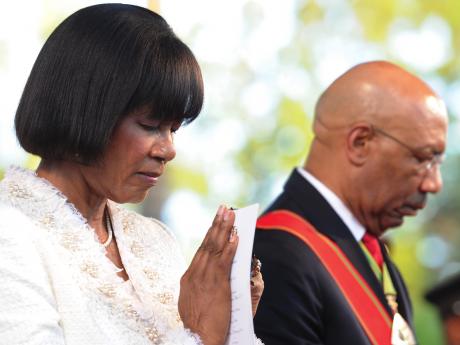 It appears the ball is now in the court of Governor General, Sir Patrick Allen, to appoint the country’s next political ombudsman to monitor the upcoming general election.

A key Government source has told The Gleaner/Power 106 News Centre that a candidate has been named for the post and the Governor General is expected to make an appointment shortly.

It is believed that Sir Patrick has already consulted with Prime Minister Portia Simpson Miller and Opposition Leader Andrew Holness as required by law before he makes an appointment.

The current administration had given a commitment that a new political ombudsman would be appointed in time to police the political parties while on the campaign trail in the run up to the next general election.

There have been repeated signals that a general election could be held this year.

The office of the political ombudsman has been without a head since the resignation of Bishop Herro Blair in 2013.

Among other things, the political ombudsman is mandated by law to investigate any actions taken by a political party, its members or supporters, where he or she is of the opinion that such action constitutes or is likely to constitute a breach of any agreement or code or arrangement in force between or among political parties in Jamaica.