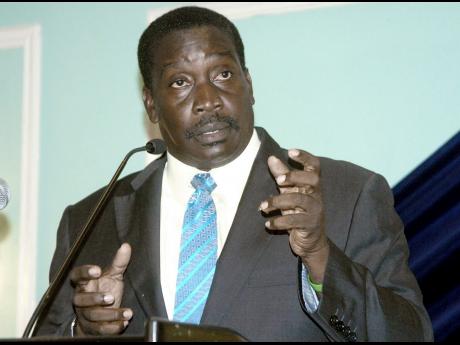 File Photo
Montague says the allegations which originated on social media, have been reported to the police.

The Jamaica Labour Party's Shadow Minister on Mining and Energy, Senator Robert Montague, has released a statement denying rape allegations against him.

The former government minister is also claiming that the allegations have formed the basis of an attempt to extort him.

According to Montague, the matter has been reported to the police.

Montague said the matter is being used for political advantage as a general election nears.

The rape allegation is contained in what is regarded as a sworn affidavit over the signature of an alleged complainant living in Stratford, London and witnessed by a justice of the peace.

The authenticity of the document was not independently verified.

See timeline, as released by Montague below:

August 28, 2015
I received a private communication, on my Facebook account that contained certain allegations, threats and an attempt to extort money from me. The police was contacted and advised that no reply was to be given.

August 31, 2015
I met with the Police and formally reported the matter. Shortly thereafter another private message was received stating that the allegations have been passed to the media, but no name had been called yet.

Montague said based on the advice of the police, he remained silent, so that they could advance their work but he is now compelled to make this matter public.

"Although much progress is being made with the investigation, it is not yet over," Montague said.

Noting that the matter was now being politicised for election purposes, Montague appealed for the police to be given space to do their jobs without the "political overtones".

The Gleaner made several unsuccessful attempts to contact the Centre for the Investigation of Sexual Offences and Child Abuse.