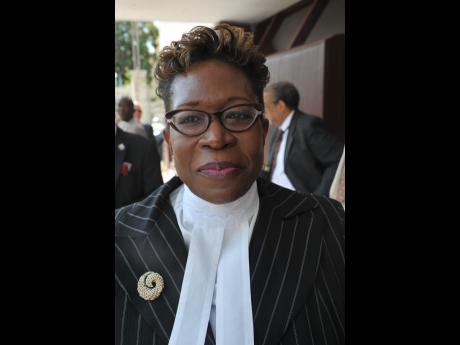 The Director of Public Prosecutions (DPP) Paula Llewellyn has recommended that the police conduct further investigations into the case of Marshall Small.

Small was one of two men who the police had asked to surrender to investigators in relation to the alleged contract killing of Manchester businesswoman Norma Coleman.

The other man, Vincent Coleman, who is the businesswoman’s husband, had turned himself in to the police.

It now appears that Small cannot be located.

In making a ruling in the matter, the DPP has recommended that the police investigate Small’s disappearance to determine whether he disappeared on his own volition or because of an act of violence related to the contract killing case.

Vincent Coleman was yesterday charged by the police with murder following a ruling from the DPP.

The DPP ruled that no criminal or departmental charges should be laid against a third policeman who was taken into custody in relation to the case.

All three accused men are scheduled to appear in court on Friday.