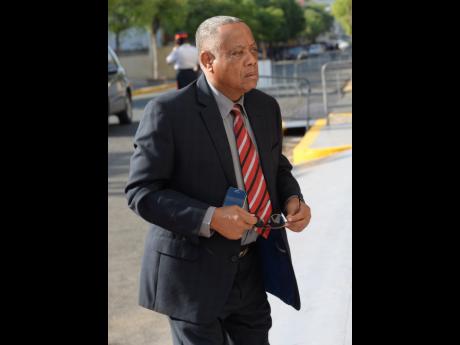 File Photo
Speaking last week in St Ann, Kellier indicated that the parties are close to reaching an agreement on the cess first announced in April.

The Jamaica Manufacturers’ Association (JMA) is refuting agriculture minister Derrick Kellier’s claim of an impending agreement between the body and the government on the proposed imposition of a cess on sugar.

The JMA and the agriculture minister have been in discussions on the matter for several months.

Speaking last week in St Ann, Kellier indicated that the parties are close to reaching an agreement on the cess first announced in April.

However, the JMA has issued a statement expressing disappointment with what it says are the inaccurate comments made by the agriculture minister.

It says contrary to Kellier’s statement, the agriculture ministry and the JMA are not close to an agreement on the matter.

The Association says its position remains unchanged as it still does not agree with the imposition of a cess to fund the transformation of the agriculture sector.

The JMA argues that contrary to claims made by Kellier, the imposition of a cess on imported sugar will not level the playing field, and contradicts the government’s policy direction to not tax inputs for the productive sector.

It is recommending that all sugar intended for retail purposes be appropriately packaged, indicating weight, country of origin, brand, local supplier and other particulars to ensure the retailer’s compliance and combat any leakages.