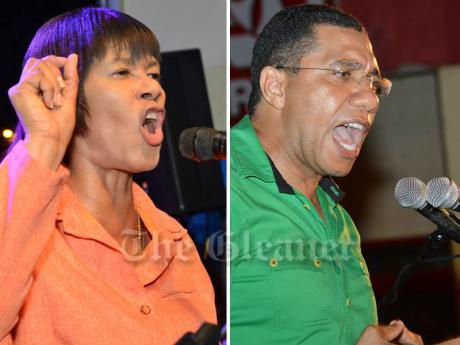 The People’s National Party (PNP) and the Jamaica Labour Party (JLP) have agreed in principle to the staging of three political debates in the lead up to General Elections.

The parties signed a Memorandum of Understanding with the Jamaica Debates Commission today.

The commission says the debates would be staged between Nomination Day and Election Day.

The MOU states that the first debate will be on social issues, the second on economic issues and the third will be between the contenders for the office of Prime Minister.

However, the parties say a formal agreement would require further negotiations on a number of areas including structure, format, production guidelines and duration.

Commenting at the signing, JLP Deputy General Secretary Audley Gordon said the staging of political debates is an index of a maturing democracy and indicated his party’s commitment to taking part in the proposed cycle of debates.

PNP Deputy General Secretary Raymond Price, who signed on behalf of his party, extended his commendations to the JDC for the role it has played in organising and staging debates over successive election cycles.