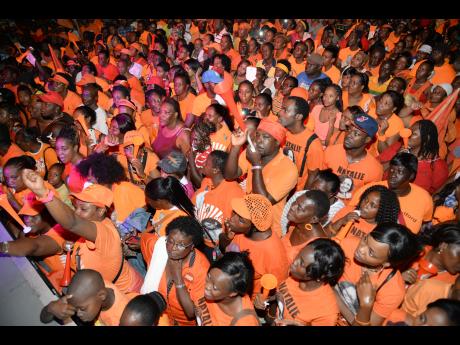 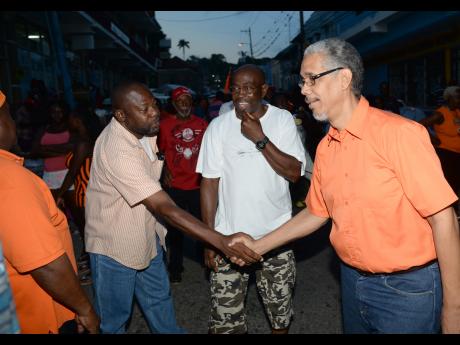 File Photo
Paul Burke (right), the general secretary of the governing People’s National Party said today that Simpson Miller will lead her party into the fourth in a series of warm-up rallies in Portmore, St Catherine on Sunday.
1
2

Jamaicans are being told not to expect the announcement of the date for general election this weekend from Prime Minister Portia Simpson Miller.

Paul Burke, the general secretary of the governing People’s National Party (PNP) said today that Simpson Miller will lead her party into the fourth in a series of warm-up rallies in Portmore, St Catherine on Sunday.

“This is not an election announcement meeting, it is a warm-up rally,” Burke said.

He told The Gleaner that the party has already mobilised its membership for Portmore this Sunday.

The PNP has so far staged three mass meetings in various sections of the island. One has taken place in Petersfield, Westmoreland, another in Annotto Bay, St Mary, and one in Brown’s Town St Ann.

Simpson Miller has said that she is using the meetings to gauge the readiness of Comrades for a general election.

Asked whether Portmore will be the last warm-up rally before the party goes into full election mode, Burke said: “The thing is fluid. That has not been determined yet, yes or no”.

General elections are constitutionally due by December 29, 2016 but there are indications that Simpson Miller could call the elections before year end.

The law requires a minimum 21 days from the announcement of an election to the holding of elections, and Burke has said that the PNP will not be holding elections in the Christmas period.