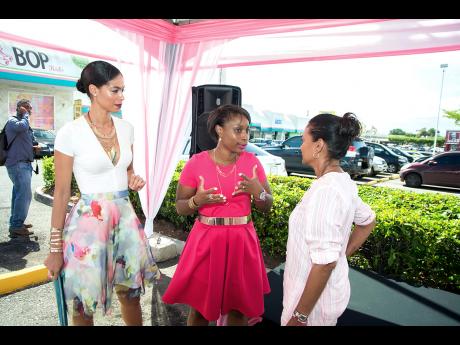 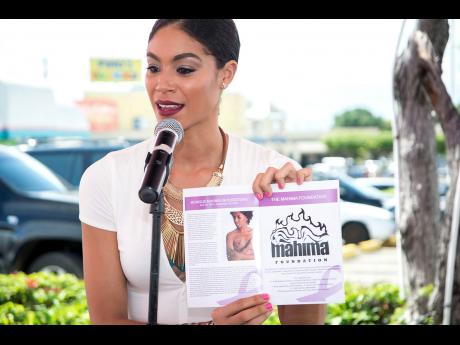 Each October, since 2008, Payless ShoeSource has supported local breast cancer charities by selling a limited-edition bracelet to raise funds and awareness.

This year, local personality Yendi Phillipps joined the effort. The proceeds from the sale of the bracelet this year will go to The Mahima Foundation, a non-profit organisation formed in 2012 to assist The Hope Institute, Jamaica's only palliative care centre and specialist oncology hospital.

Speaking at Payless' recently held Operation 21 event, Phillipps emphasised the importance of early detection in the fight against breast cancer.

Addressing the mostly female audience, she spoke about getting regular mammograms done for women over 40 years, demonstrated a self-breast examination, and encouraged everyone - male and female - to do theirs at home.

"We're happy to have Yendi working with us on this campaign, especially given her personal connection to this year's cause", said Nekeisha Critchlow, Jamaica country manager at Payless ShoeSource.

"I'm a mother who breastfed and I do my regular self- exams and my daughter will also know to do hers," said Phillipps, emphasising the significance of passing on this important information.