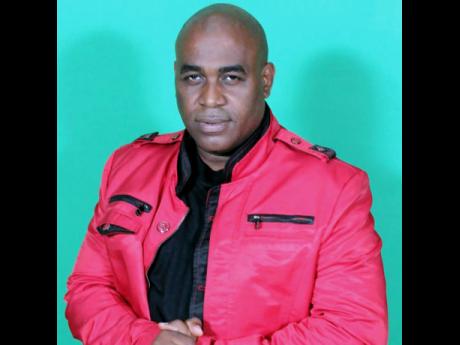 Gospel singer Clive 'Jabez' Provost is a powerhouse when he hits the stage.

Known for songs that can minister to hurting souls such as You Are Healed, Drinking From my Saucer, Before The Day is Over and his latest, Help Me Through The Storm, this singer can perform his songs with conviction and confidence, because he, too, has been through his storms and has overcome.

A pastor for almost two years, he is now in the final stages of training to be a marriage officer. Jabez said managing his ministries, plus being a father to two boys and a husband is not an easy task.

"It is very challenging. A lot of your time must be dedicated to your congregation. It's a blessing to serve people, though, when you see how they grow in faith," he shared with Family and Religion.

Acknowledging that a lot of pastors' family time suffers, he tries to avoid that trap by maintaining a balance between travelling and spending time with his boys - mostly on a Saturday.

"They love time with Daddy," said the singer and pastor who has been married for more than 17 years.

"I must thank my wife, Gillian, for her dedication towards ministry and taking care of the kids when I am on the road," he said in praise of his "other half" of whom, he said, had it not been for her input, the family unit could have been rocky.

"When I am on tours, she helps out with school assignments while giving emotional and spiritual support."

For Jabez, who describes himself as a strong family man, there is one practice families should embrace and that is praying together.

"Every morning, except for when I am on tour, we conduct family devotions, because I want to instill strong spiritual values in our children," he shared, adding that what most family structures lack in Jamaica is the spiritual element.

"It is really vital for families in Jamaica to embrace that," he said.

Today, Jabez revels in a wonderful family life, a successful career with more than seven hit songs, travelling all over the world to minister, but it was not always like that. Provost reflects on his journey and continues to give God thanks for the blessings he so loves to sing about in Drinking From My Saucer.

"I was from a poor family. There was a time in my life that we never had anywhere to live after my father was kicked out of the last house he rented. I was living a life of a squatter when I passed my exam for Dinthill Technical High School," he shared.

Still determined to get that high-school education, he worked extra hard and found favour with teachers and adults in the community who took him under their wings.

"I overcame because of humility and the community saw something in me," he said thanking the teachers at the school who also assisted with his school fees during his tenure. He also had high praises for dorm master, Robert Henry, who, he said, was a big help at the time.

But for Jabez, the hardest thing he had to overcome during his school years was losing his mother at age 17. He said that tore him apart and he had to dig deep to refocus on his school work.

With all that behind him now, he is looking ahead to his fifth album which will be out soon.