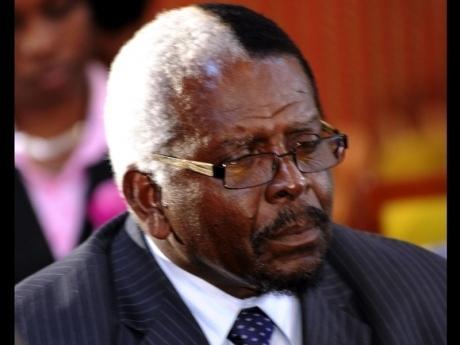 Charles ... This will never happen here, not as long as I am alive.

In the lead up to the 2011 general election, Simpson Miller had commanded riveting attention from members of the lesbians, gays, bi-sexual and transgender (LGBT) community when she promised that as Prime Minister she would facilitate in Parliament a conscience vote on the controversial issue of the buggery law.

But with the current political cycle coming to an end, that is yet to happen.

Speaking in Alexandria, St Ann Sunday night, Charles, the Member of Parliament for North Central Clarendon, stressed that the JLP will not countenance men marrying men.

"This will never happen here, not as long as I am alive," declared Charles to huge cheers adding that he would enlist the church to help him in "the fight".

He was supported by former MP for South West St Ann, Ernest Smith, who declared that the People's National Party must not be allowed to turn Jamaica into Sodom and Gomorrah territory.