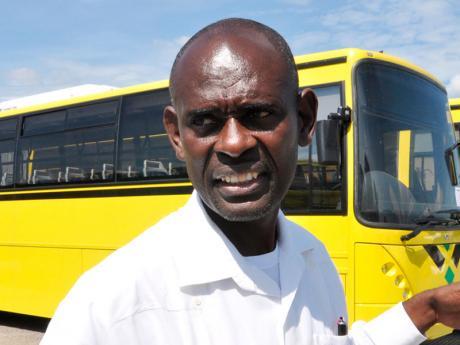 Clinton Clarke ... among several PNP candidates to have taken his seat on stage at a massive warm-up rally underway in Portmore, St Catherine.

The Marketing and Communications Manager at the state-run Jamaica Urban Transit Company (JUTC), Clinton Clarke, is set to represent the People's National Party (PNP) in the next general election.

Clarke, who will contest West Central St Catherine, is lined up as one of the party's candidate in St Catherine.

He is among several PNP candidates to have taken his seat on stage at a massive warm-up rally underway in Portmore, St Catherine.

The public sector worker is contesting his second election.

In 2011 he was rejected by the voters when he offered himself as an alternative to incumbent, the Jamaica Labour Party's Dr Ken Baugh.

Following defeat at the hands of Baugh, Clarke landed a job at the JUTC which is headed by Colin Campbell, another failed PNP candidate.

The Public Sector Staff Orders state that officers are "expressly  forbidden to  engage in any type of  partisan political activity in any elections at any level".

One senior PNP member said that Clarke is not being paid directly from the Consolidated Fund and there is precedence for public sector workers like him to contest elections, pointing for example to the JLP's Dr St Aubyn Bartlett who is actively in politics while employed to the Jamaica Racing Commission as a vet.