Will thinking men & women stand up? - Colonial Gleaner on the Judicial Committee of the Privy Council 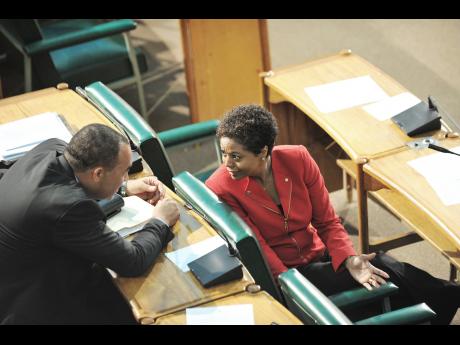 In my research for my last column, I came across a 1901 Gleaner editorial, which was as eye-opening as it was aged.

Little would I have guessed, up to that moment, that concerns with the set up of the Judicial Committee of the Privy Council dated back even to the former colonisers themselves. Thinking persons are wont to be skeptical, I get that.

Read below for yourselves, therefore, the unedited editorial on the Judicial Committee of the Privy Council, which appeared in this venerable publication on Wednesday, March 6, 1901 (certain sections have been highlighted by me).

The Judicial Committee of the Privy Council

Considerable interest has been aroused in colonial legal circles by the announcement in the King's Speech to Parliament that a measure is to be introduced providing for certain changes in the Constitution of the Court of Final Appeal which are rendered necessary in consequence of the increased resort to it which has resulted from the expansion of the Empire during the last two generations.

What these changes are is not well known and there is some doubt as to the significance of the circumstance. It is thought by some that the step is intended to be an indication of the interest taken in the colonies by His Majesty's Government and a concession to imperialistic sentiment; while others believe that the changes are really necessary if the Judicial Committee of the Privy Council is to continue to exist.

This latter assumption gains credence from the fact that in spite of the assurance in the message that there has been an increased resort to the Court, the appeals have not been so frequent as formerly.

It is only from the Australian colonies that there has been an increased inflow of business, and it is well known that the feeling in the legal profession there is to discontinue the sending of appeals to England and to establish, in the Commonwealth itself, a final Court of Appeal.

It may be, therefore, that the practitioners in the Judicial Committee foresee some restriction of the range and influence of the Court, and are endeavouring to safeguard its authority and power by the changes foreshadowed in the King's address. If this be the case, it is hardly possible that they will be successful.

Thinking men are not averse to a great final Court of Appeal for the Empire, but they believe that the Judicial Committee has served its turn and is now out of joint with the conditions of the times. Latterly, the character of the appeals have varied very much and have involved questions of complex local usage and jurisprudence which are altogether different from the principles in force England.

The members of the Committee are the highest legal authorities in the land, and yet it is impossible for them to transport themselves completely into the circumstances and systems which rule in some of the colonies and dependencies.

Appeals from India involving complex matter of Hindu Law and from Dutch litigants in South Africa, for example, have brought questions which were quite unknown in the early days of the Committee and it has been frequently remarked that the decisions have been characterised by poverty of appreciation of the points raised and they have not given the satisfaction which the judgments of such a tribunal ought to impart.

This, perhaps, is not the case with appeals from the West Indies, the questions submitted for termination being similar to those which the judges are accustomed to adjudicate on in England. They are usually matters relating to the right interpretation of British laws or the common rights of parties in ordinary business transactions, and do not deal with native customs or ancient systems of law.

It is not to be wondered at, therefore, that colonial suitors and lawyers are beginning to question the expediency of the continuation of the Committee, and this feeling is aggravated by the cumbersome procedure in connection with the court the delays are occasioned, the expense incurred, and the manner of delivering judgments.

To meet the complaint regarding the treatment of difficult local questions, several colonial chief justices were some years ago made members of The Privy Council, but this concession, it is said, does not meet the case since a colonial justice must necessarily, as a rule, be on his own bench.

It is, therefore, proposed that there should be a new tribunal in which representatives of the Empire would sit. In a recent speech, Mr. Haldane outlined such a scheme as follows: "In an Empire such as ours, surely there is room for a great and final arbiter or tribunal chosen not from one locality, but selected from the best brains of the various peoples and various localities which compose that Empire, a tribunal to which appeal might be made in the last resort for the sake of uniformity in great and Government principles. The institution of such a tribunal seems to grow almost of necessity, out of our common constitution."

The Times supports this proposal and, discussing how it could be realised, says: "Many favour a change which would make the Judicial Committee and the House of Lords, in its Judicial capacity, one great tribunal. The result would be that the present colonial members would sit in the House of Lords, thus strengthening the local element and enabling them to be the spokesmen of the communities from which they came. Such a change involves no inseparable constitutional difficulties. Certainly, no solution will be satisfactory which does not provide representation for the best judicial elements in the Empire. The chain binding all parts of the Empire is moral tie. There can be no stronger link in that chain than the existence of general confidence in the wisdom of the Court of Imperial Justice."

Certainly, if this almost ideal scheme were brought about, it would serve to (bind) together the people of the Empire. It would be a step towards Imperial Federation. (Editorial ends)

Nathaniel Hawthorne's, The Scarlet Letter, depicts 17th century puritan Boston Massachusetts, where the female protagonist, Hester Prynne, was forced to wear, as was the manner of the day, a scarlet letter "A" emblazoned to the front of her dress, as a symbol of her adultery.

While Hester Prynne wore her badge of shame sadly - albeit with quiet dignity, - in our context, centuries later, it is disheartening to witness the descendants of former slaves as they rabidly clutch at, and defend, their aged acronymistic badge of former slavery, servitude and general subordination.

Will the thinking men and women of Gordon House stand?

- Shena Stubbs is an attorney at law and legal commentator. Send feedback to: E-mail: shena.stubbs@gleanerjm.com Twitter:@shenastubbs

CCJ debate guide for dummies - Thirteen simple but critical facts you should know
Is Mason serious?
Privy Council's ruling gives fillip to another retired UWI lecturer who says his situation is identical to former colleague's