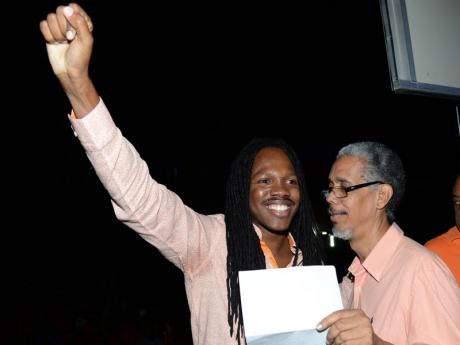 There are indications that Damion Crawford could replace JP White as the People's National Party (PNP's) standard bearer in North Trelawny.

In 2011, Crawford was pushed from the relatively safe PNP seat but there has been mounting calls for him in the constituency since White was announced as the successor to Patrick Atkinson, Jamaica's attorney general.

Well-placed party sources say Lisa Hanna, the chairman for the PNP Region One, which covers six constituencies in St Ann and Trelawny, has been pushing for Crawford to be sent to North Trelawny.

PNP General Secretary, Paul Burke admitted a short while ago that there are "some issues" in North Trelawny, but said that JP White remains the candidate at this time.

"There is nothing concrete in stone, but as it is, JP White is the candidate," Burke said. Crawford, a first-term MP, was forced out of his East Rural St Andrew seat after party delegates showed disapproval to his management in the constituency and replaced him with Peter Blake in an internal selection exercise.

The firebrand, dreadlocked Crawford has concentrated much of his energy in East Rural St Andrew on infrastructure and educational development.

He is well-loved by the PNP base, a fact that was underscored when he entered the stage at mass meeting on Portmore, St Catherine on Sunday.

The applause for Crawford was rivalled only by that received by Dr Peter Phillips, the PNP's campaign director but not as great as that given to party president Prime Minister Portia Simpson Miller.