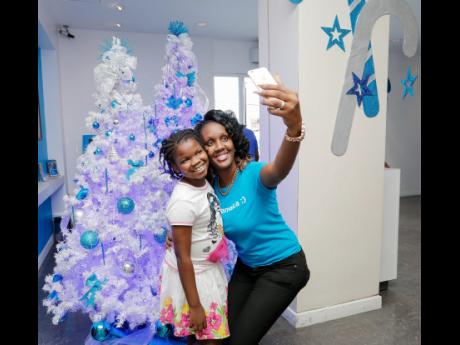 In a release yesterday, FLOW said its new and existing customers have been placed at the centre of the festive drive, which is focused on making the upcoming Christmas more 'merry' through the award of cash and other attractive prizes.

Carlo Redwood, FLOW Jamaica's head of marketing and products, said: "We are very excited to be kicking off this new campaign, which incorporates our mission to put our customers as the centre of all we do.

"As this is the Christmas season, we will be seeking to elevate the feelings of celebration and merrymaking associated by offering the most needed commodity at this time of year - cash."

He also indicated that all customers under the company's four service pillars will have an opportunity to be rewarded for their loyalty throughout the year.

More than J$7 million in cash and prizes will be given away following weekly draws over a five-week campaign period which concludes on December 18.

A highlight of the promotion will see two lucky and agile FLOW customers getting the opportunity to win up to $2 million cash each in two exciting 'Cash Up Christmas Money grabs' that will require the winners to physically secure/earn their winnings in the FLOW 'vault'.

FLOW said its 'Merry UP Christmas' is open to new and existing customers, including prepaid and postpaid (landline, mobile, mobile Internet & cable). There are five ways to enter. Prepaid mobile customers who spend $200 or more on mobile Internet plans or credit will automatically be entered into the draw, as will postpaid customers who get an entry for every $200 spent on bills paid in full and on time. Customers who sign up for new and upgrade services from FLOW will also be entered.

The company is also promising devices at further discounted prices and other surprises over the five-week promotional period.

A national sales event was hosted at brightly decorated FLOW stores across the country on Friday, where customers benefited from smartphone deals and entertainment.