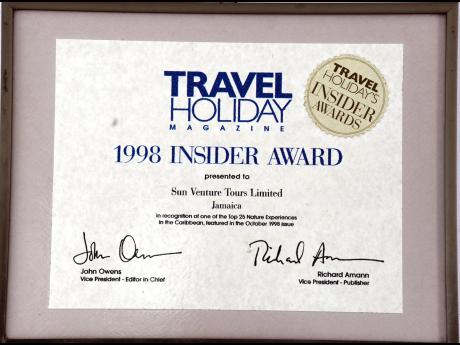 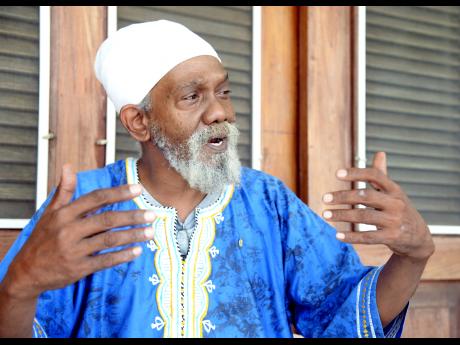 As teenagers, Arthur Newland watched his Calabar classmate Robert Kerr link up with other students to trek to the Blue Mountains.

"And then through Youth Service ... it became a part of how we went about working with youth around the island," said Newland, recalling the 1970s. Those treks have blossomed into Sun Venture Tours, a backpacking, hiking tour company that offers unique Jamaican experiences that Kerr started in 1990.

"The base of it is that we really felt very strongly from then in the 70s until now about our country," he said. "I can't think of, as someone who loves my country, a more fulfilling kind of recreation as well as mission that has us discovering our own treasures of this island, and sharing it with others." Newland helped to promote the first Sun Venture expedition to Hollywell and has been part of the company since. He believes they are offering a different experience from other tour companies, as they explore not just the heritage (culture, music and people) but also natural aspects of the island. Even if they carry persons to the 'regular' tourist spots there is added value. Sun Venture Tours "takes us back to our origins".

"We do bring a different quality of narrative to the stories that unfold as we travel through what is really a spectacularly beautiful country," he said. He noted their latest tour, the Fish Dunn Backpacking Adventure Hike, as an example. The tour takes you pass historic Charles Town, one of the Maroon villages.

"It's almost like walking back into time in going through some of the locations that you meet in the interior," he said. "When you think of a corridor like that, that has 200-plus year-old coffee plantation ruins, then we are easily able to, without any hype or flurry or twisting of the truth, you walking through trails that were carved by ancestors who used it not for fun and recreation, but as a critical part of claiming the interior to win a war for freedom and independence against the colonists who largely stayed on the coast." Newland admits this type of tourism is not as popular locally, although locals are their first targets.

"We see where now we are really at a kind of new threshold of opportunity," he said. "But sometimes it's a challenge to sell this. The people who more quickly will jump to these offerings are, many times, the foreigner with an eye greater for the treasures we have."

He noted there were always Europeans, especially Germans who loved the backpack type of tour but said based on tourism trends now, there is heightened interest in wilderness tourism. They do about one or two tours per week, dependent on the season. But they envision that Jamaica is blessed to be able to cash in on it just by its natural set-up. With 25 years experience, Sun Venture has built a reputation. Looking ahead, Newland said there are plans to put Sun Venture even more out there.

They are trying to mobilise partnerships with fitness and wellness clubs and those trying to keep fit. But they also want to use 'reality TV', doing videos of their tours. They believe the videos will bring sponsors and more media thus taking the product into the public eye.