Footprints: Hubert Wellesley Marsh - A father, a husband and a stalwart 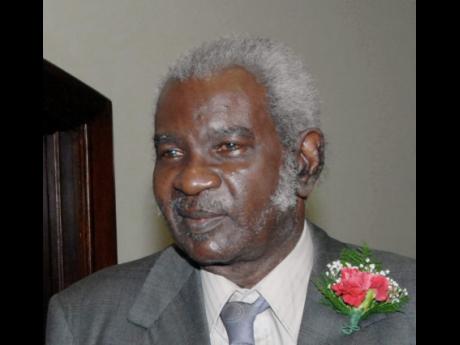 The life of Hubert Marsh started on September 15, 1935 when his parents, Clea Fairclough and Astley Marsh, welcomed him into the world.

Hubert grew up in Duncans, Trelawny, and he later moved to Kingston. Throughout his younger years, he enjoyed playing cricket.

Hubert is remembered as a fun, kind and loving individual - a people person and devoted husband, his wife recalled.

Hubert and Hazel spent 52 years together, creating a bond broken only by death and having four beautiful children.

Patricia, Pamela, Annette and Adam had a respectful, disciplined and caring father. Hubert would try endlessly to make his family happy, and one way he found was to make them smile.

"He loved to tell jokes," his wife recalled.

Marsh spent an extended period of his life working at The Gleaner Company in different departments. He started as a trainee when he was 21, working in the maintenance department. He spent two years there working as a linotype mechanic and was promoted and transferred to the News Composing Section of the Production Department as an advanced learner.

Throughout his lifelong journey as a Christian, he remained a member of the Church of Ressurection until his death.

It's not only The Gleaner Company that lost an exceptional worker; his wife lost a husband, his children lost a father, and many have lost a friend.

Hubert Wellesley Marsh will be missed.