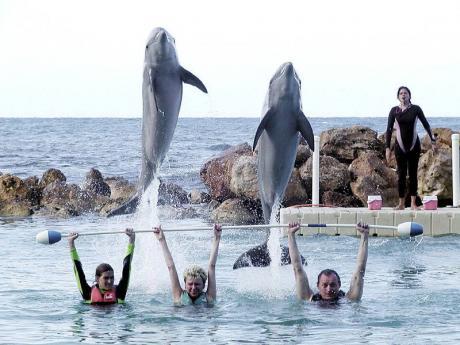 Dolphin Cove is to be merged with a Mexico-based company, Dolphin Discovery.

According to the Jamaica Stock Exchange, more than 229 million units of Dolphin Cove shares were traded.

This movement has a dollar value of $3.7 billion and represents more than 58 per cent of Dolphin Cove’s available shares.

Dolphin Cove’s chairman and CEO, Stafford Burrowes confirmed that the transaction accounts for the takeover by Dolphin Discovery.

Dolphin Cove, which is principally owned and managed by the Burrowes family, has been in operation for 15 years.

*Previously, the headline had stated that Dolphin Cove was taken over by the Mexican company, Dolphin Discovery. Dolphin Cove has explained that while the transaction includes some aspects of a takeover, it's more of a merger.