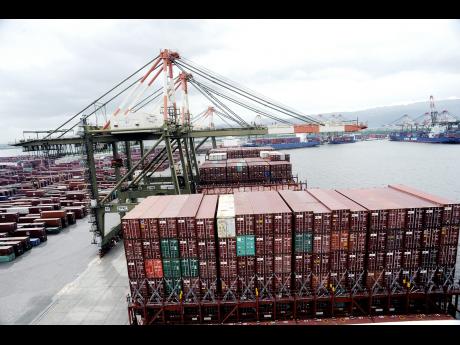 File
A section of the Kingston Container Terminal. 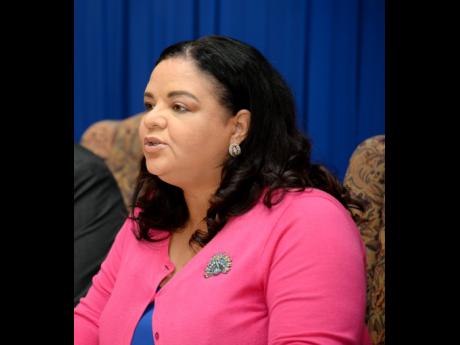 With the majority of units in the present ship-to-shore cranes system at the Kingston Container Terminal (KCT) being in operation for more than 12 years with many components obsolete, parts unavailable and software no longer supported, Cabinet has approved US$512,000 to purchase eight new units for the terminal.

Approval has been given by Cabinet for TMEIC Corporation to supply and commission the eight ship-to-shore crane control systems.

In addition, Cabinet has also approved a contract to Cargotec Ltd for the supply and commission into service of five Bromma crane spreaders for the Kingston Container Terminal. The value of this contract is US$587,223, approximately J$703.5 million.

The Ministry of Transport, Works and Housing, which has responsibility for the KCT, told The Gleaner in 2013 that there were 14 cranes in operation at the terminal.

Last week Wednesday, Minister of Information Sandrea Falconer disclosed at a Jamaica House press briefing that the last major purchase of twin-lift spreaders by the KCT was in 2000, and these have now passed their useful life cycle. "Crane spreaders are attached to containers and used in the process of loading and unloading container vessels. The twin-lift spreaders enable the crane to lift two containers at the same time, thus ensuring higher efficiency and productivity," the minister noted.

She said that in order to ensure efficient handling of the increasing volume of containers passing through the terminal, it is necessary for greater automation of its operations, and the use of more sophisticated container-handling equipment.

Cabinet's approval of both contracts follow the signing of a concession agreement between the Port Authority of Jamaica and the Terminal Link Consortium for Operations of Kingston Container Terminal in April. The concession is for 30 years.