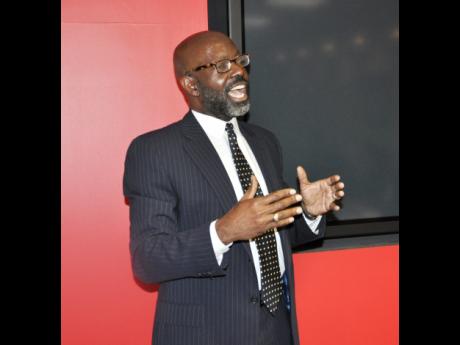 Clive W. Blackwood, from Mulgrave Lane, Kingston, was recently named executive vice president and general auditor of the Federal Reserve Bank of New York - the largest bank in the federal reserve system in the United States. The appointment was made by the bank?s board of directors and Blackwood will be responsible for internal audit at the New York Federal Reserve. He will report directly to the board of directors of the bank.

A graduate of Ardenne High School, Blackwood is now the bank?s liaison with all matters relating to the office of the inspector general of the board of governors of the Federal Reserve System. Additionally, he is the bank?s liaison to the US Government Accountability Office. The Federal Reserve Bank formulates and executes monetary policy, supervises and regulates depository institutions, keeps prices stable, employment high, inflation low and fosters a stable financial climate.

?I am elated and humbled by this appointment and it proves that hard work, determination and faith do pay, and anything I do, I do it with passion and integrity.? Blackwood told The Gleaner. He noted that he is the first black in the history of the organisation to hold the position.

Blackwood has a solid background in risk and auditing, spanning more than 20 years in the financial services industry. For the past 10 years, he has held a number of positions of increasing responsibility within the internal audit group of the New York Federal Reserve. Previously, he was audit director at American Express Company. He also served as an auditor at KPMG?s Assurance Services practice and he has served on the board of directors of the New York chapter of the Information Systems Audit and Control Association (ISACA).

?Clive has distinguished himself as an auditor and a leader both at the New York Fed and across the system and he will be a great general auditor,? William C. Dudley, president and CEO of the New York Federal Reserve said.

He holds a BSc degree from New York University. While pursuing his studies in the United States, Blackwood held a number of non-banking jobs to enable him to advance his studies, including a cook at McDonald?s and sales clerk at Macy?s Department Store.

Before migrating to the United States, Blackwood worked at the COK Solidarity Co-operative Credit Union in Cross Roads for eight years.