JLP taunts Portia, says she is afraid to call election 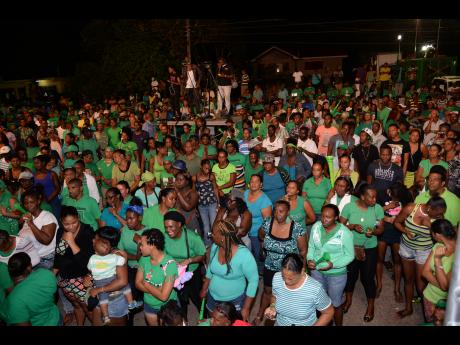 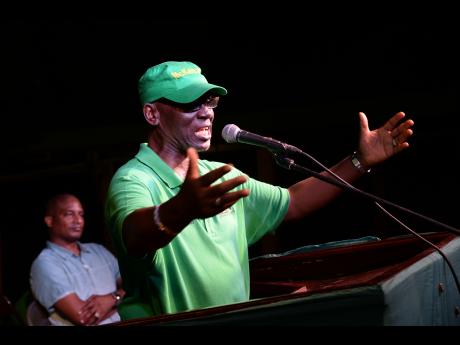 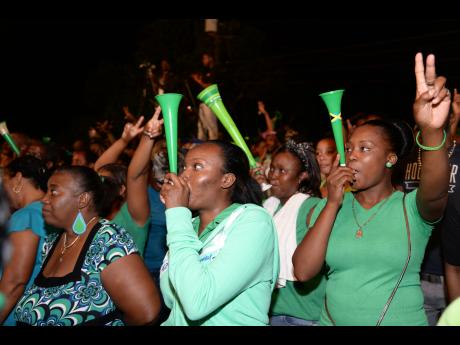 Prime Minister Portia Simpson Miller was the butt of much taunting at the Jamaica Labour Party (JLP's) pre-weekend public rally in Top Hill, Junction, St Elizabeth tonight with Labourites saying she is afraid to call the election.

It all started with Western Kingston Member of Parliament Desmond McKenzie who spent much time daring Simpson Miller to call the election.

"Portia Simpson Miller vex with everyone including the Lord when she lost in 2007. [Prophet] Phinn can't help her," McKenzie said.

Phinn had predicted a win for Simpson Miller in the 2007 election which the JLP won 32-28 in the then 60-seat Parliament. McKenzie did not stop there.

"If the public health care under your administration is good, call the election," he dared.

"If you really think Jamaica is PNP country, you call the election," McKenzie teased.

He also suggested that Simpson Miller should not be so cowardly to prevent 37,000 new voters who have been added to the voters list from booting her administration.

JLP deputy general secretary Audley Gordon took up where McKenzie left off, saying that the Prime Minister's team had false-started because she was unable to "fly de gate".

Gordon was joined by former Mayor of Black River Jeremy Palmer as he too poked fun at Simpson Miller for rushing back to her "Master" after being "vexed" with everybody following her loss in 2007.

"By the way, where is Phinn?" quipped Palmer.