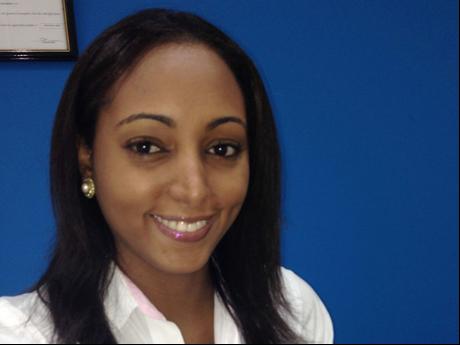 Foster ... You must vote. You cannot complain about your roads not being fixed or about things not being in a particular stage or manner unless you play a part and become a part of the process.

Twenty-seven-year-old Ashley-Ann Foster, the People's National Party (PNP's) youngest standard bearer for the impending general election says it is time for her peers to get involved in the political process, arguing that it is insufficient for them to limit their engagement to commentary on social media platforms such as Facebook and Twitter.

Foster will run for the Central St James seat now held by the PNP's Lloyd B Smith.

"You must vote.  You cannot complain about your roads not being fixed or about things not being in a particular stage or manner unless you play a part and become a part of the process," she said.

"That is what true democracy is."

The young attorney-at-law said that her decision to enter representational politics speaks to her belief that each citizen has a role to play in shaping the destiny of his or her homeland.

According to Foster, young people should reflect on the words of Barack Obama, the United States president, who said “we are the change that we have been waiting for”.

"I think that a lot of young people are Facebook politicians and social media politicians and we do have this genuine interest in politics but it seems as if we are afraid or we feel as if we can't make a real difference if we get involved," Foster told The Gleaner.

With her great-grandmother Beatrice Robinson, being a founding member of the PNP, Foster, however, is no stranger to politics.

She was a member of Generation 2000 (G2K), the professional affiliate of the opposition Jamaica Labour Party (JLP) before switching allegiance to the PNP.

"I think that I am living proof that against all odds, if you put your mind to it, we can be that change that we are waiting for. We all want the same thing. We all want a better Jamaica, a brighter Jamaica, a Jamaica that is truly representative of all of us and the only way we can achieve that is if we as young people, with the odds against us, step up to the plate and forge our own path and see the Jamaica that we would like to see," Foster said. The latest Gleaner-commissioned Bill Johnson poll conducted September 25 to 27 found that more than half of Jamaicans between 18 and 34 years old would not vote if a general election were held today.

At the same time, many young people have been using social media to express their dissatisfaction with the electoral process, some of whom have declared they do not intend to vote in the impending general elections.

She suggested that once people stop using social media as their main platform for political activity, they will get a better appreciation of governance issues and would be better able to advance the cause of the nation.

“Once you get onto the ground and you touch and you feel and you listen to the people, it changes your own perspective on certain issue. You have a wider picture. The things that you see as the reality might not be so. The only way that we can be that change and be that voice is if you get involved in the system,” Foster says.