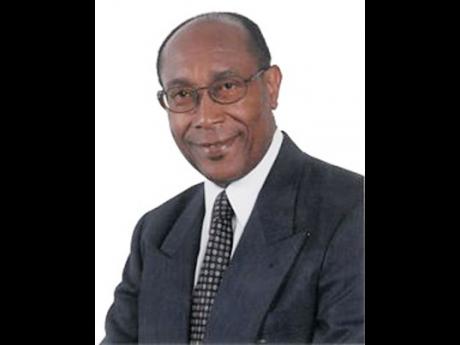 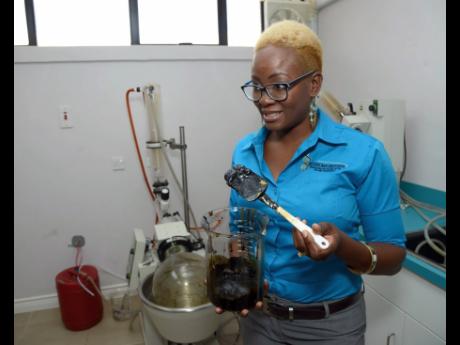 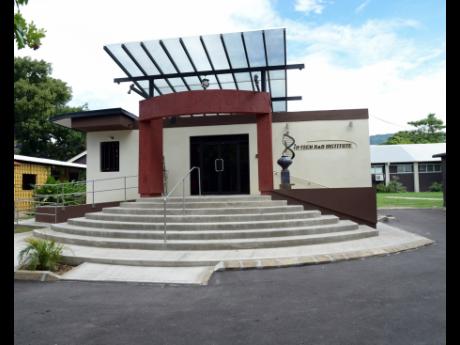 Ian Allen
The Bio-Tech R&D Institute located at the University of the West Indies, Mona.
1
2
3

The spacious, modern building which houses the Bio-tech Research & Development Institute located at the University of the West Indies (UWI), Mona campus, is home to some exciting new discoveries. It was founded by executive chairman Dr Henry Lowe and is a privately held company set up to develop neutraceuticals, cosmeceuticals, functional foods, ethical drugs and related goods and services on a commercial scale.

The institute houses six laboratories for which state-of-the-art equipment is still being sourced, however, there is enough for vital research to proceed. Meanwhile, many partnerships have been formed with other labs for major research projects, and there is access to the resources of the UWI as well as room for future expansion.

"We have been trained to do a lot with very little," said the affable Charah Watson, who holds a PhD in chemistry and leads a team of four full time and three part-time members of staff.

Dr Watson told The Gleaner that all their products are specific to the research being done by Dr Lowe and his team of scientists.

"We always ask ourselves whether the research is new, does it have the potential to be translated into something that will be beneficial to the average person, and will it enhance their lives. Our work must go beyond merely satisfying our curiousity."

One such indigenous product, the Jamaican ball moss (ole man beard), has provided very promising molecules that could be used to cure cancer as well as Parkinson's disease and other neurodegenerative disorders.

In a news release published by the University of Maryland last month, it was noted that Maryland-registered Educational and Scientific Limited Liability Company of which Dr Lowe is the founder and executive chairman, was granted exclusive licensing rights for the commercial development of drugs based on molecules from ball moss.

It was a joint discovery by Dr Lowe's team in Maryland, in collaboration with Bio-Tech Research and development Institute. Key research partners include scientists Dr Ngeh Toyang and Dr Joseph Bryant of the University of Maryland School of Medicine. These patented discoveries are currently undergoing further pre-clinical studies in preparation for full clinical trials paving the way to formal manufacture and use of the molecules in patients who are badly in need of new, effective, safe and more affordable therapies.

This adds to the arsenal of treatments for cancer and central nervous system-related diseases, and the anticancer activity is currently being validated by the US National Cancer Institute. The molecule has been shown to block the growth of several cancers, including brain, breast, leukemia, lymphoma, lung, melanoma, ovarian, pancreatic and prostate.

Apart from Parkinson's disease, the molecule also holds promise against other central nervous system disorders, including Alzheimer's and Huttington's disease.

Further development of the molecules requires substantial investment to enable this Jamaican-conceived invention to bring a cure to Jamaica as well as be part of the multibillion-dollar pharmaceutical market in relation to cancer and Parkinson's disease.

Against this background, Dr Watson says the emphasis at the institute focuses on several medicinal plants, particularly those which years of folklore have insisted have curative properties.

"We have also done work on the lignum vitae and published the research," she said.

Other medicinal plants into which Dr Lowe and the team are conducting research include guinea hen weed, vermonia (bitter bush), and of course, cannabis. Several studies are currently being been done on the latter, and one of the products is at the ethics committee, with others ranging from drops to teas, in advanced stages of development.

"Some of the research is in conjunction with the university, whose review process is quite stringent particularly where research related to cannabis is concerned," Dr Watson explained.