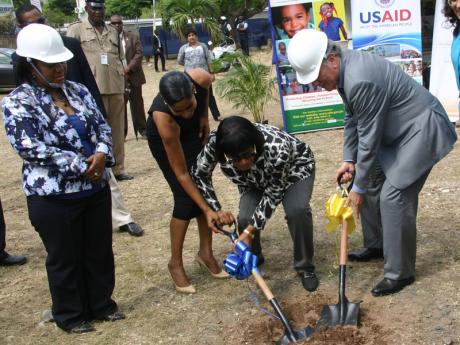 The government is to build a residential facility for female wards who have reached the required age to leave state care.

The complex is to be built on Lady Musgrave Road in Kingston.

Simpson Miller noted that this is the first transitional facility for former wards of the state.

She pointed out that over a three-year period, residents will be provided with skills training, mentorship and employment opportunities.

The Prime Minister also said it is important that the government assists former wards to successfully transition to lead successful lives.

The Prime Minister said a second transitional facility will be built in St. Elizabeth to house 40 young men.

The project is being funded in the amount of US$1.38 million dollars by the United States Agency for International Development under the Development Grants Programme.

Simpson Miller said the project is being implemented through the collaborative efforts of the Caribbean Child Development Centre, the Child Development Agency, the Social Welfare Training Centre and the University of the West Indies Project Management Office.