Nicholson calls for vote in favour of CCJ 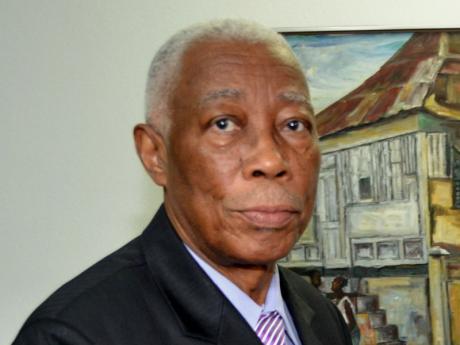 File Photo
Leader of Government Business in the Senate, A.J. Nicholson says he sees no good reason not to vote in favour of the CCJ bills.

Leader of Government Business in the Senate, A.J. Nicholson, says the time has come for Jamaica to move from the Privy Council and join the appellate jurisdiction of the Caribbean Court of Justice (CCJ).

Senator Nicholson made the call in his contribution to the debate on the CCJ bills in the Upper House this morning.

He says he sees no good reason not to vote in favour of the bills.

The Leader of Government Business argued that a Caribbean-based court represents the best option for Jamaicans.

He noted that the court will provide greater accessibility to ordinary Jamaicans to access justice among other benefits.

Senator Nicholson rejected arguments that the matter of Jamaica’s final court should be put to a referendum.

Using the Charter of Rights and Fundamental Freedom to make his case, Senator Nicholson asserted that this change in the Constitution came about through consensus and the recognition of the need for a new way of governance.

He says this approach should also be adopted on the matter of the CCJ.

Senator Nicholson also says a move from the Privy Council to the CCJ would give Jamaicans a better way of handling its affair.

Leader of Government Business in the Senate, A.J. Nicholson

Senator Nicholson says moving ahead with the CCJ would be in keeping with ongoing reform of the country’s justice system.