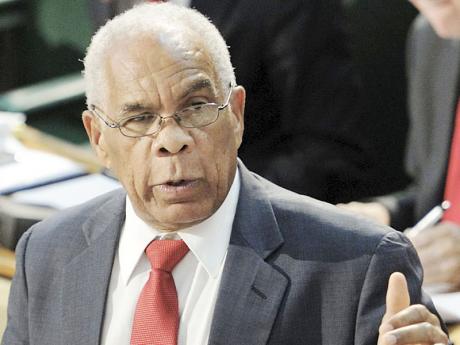 File Photo
Davies says when the report is completed, he hopes Samuda will apologise and withdraw his allegations which have already led to some damage.

Works Minister, Dr Omar Davies, has called for the Office of the Contractor General (OCG) to probe the award of a multimillion-dollar government contract to a company in which well-known People's National Party activist,  Kenneth 'Skeng Don' Black, is a major shareholder.

His call for the OCG's probe follows questions raised Wednesday by Generation 2000 (G2K).

The group questioned the process which resulted in the award of the $151-million contract to Black Brothers Incorporated Limited to construct a fence around the National Heroes Park in Kingston.

In a statement yesterday, Dr Davies said he rejects the allegations of corruption.

However, he says he supports the call for the OCG to conduct a thorough and quick probe of the project as demanded by G2K president, Matthew Samuda.

He says the permanent secretary and other officials of the ministry have all the documentation and are ready to cooperate with the OCG.

Davies says when the report is completed, he hopes Samuda will apologise and withdraw his allegations which have already led to some damage.

He did not specify the damage caused.

However, he says before going public, the G2K president should have consulted with West Kingston MP Desmond McKenzie who he says played an integral part in the fencing project.