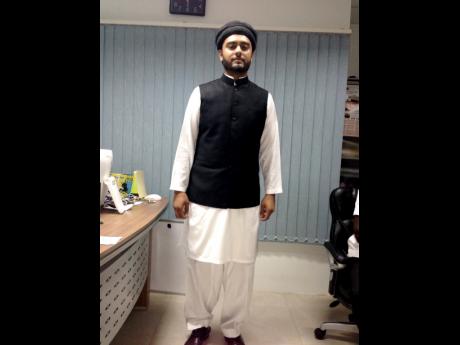 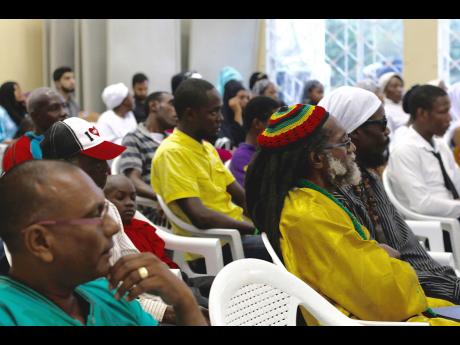 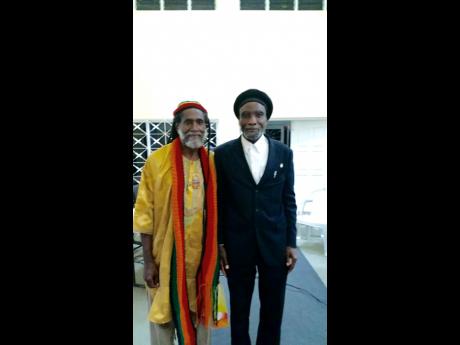 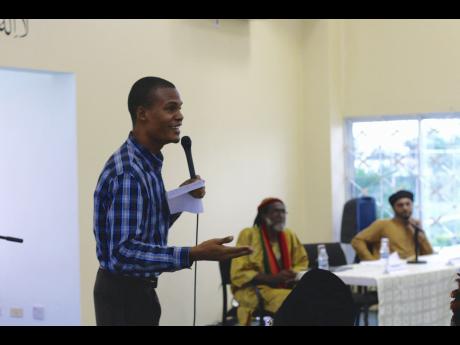 eluded communities for many years and, according to Umair Khan, missionary in charge of the St Catherine Admadiyya Muslim Jamaat Mosque, there is hardly any effort being made to bridge the gap between different religious groups.

Khan told Family & Religion, after what he described as a successful Rastafari-Christian interfaith conference at the mosque recently, that when people are not educated about each ether's beliefs, then biases, stereotypes and misconceptions creep in.

"When you have this, it leads to a lot of mistrust between religious communities," the Muslim missionary revealed.

"To be very honest," he continued, "there is a lot of that with the Muslim community because of things happening around the world."

According to Khan, one of the things the Ahmadiyya Muslim Jamaat St Catherine Community sought to do was to show the beauties within different faiths.

"It is important for the world to know that we have this freedom of religion in expressing our faiths; and one of the most powerful ways of showing this is by sitting on the same panel and knowing it's ok to talk about our faiths," Khan stated, adding that this shows the kind of unity and tolerance that is expected by Allah.

Horace Matthews, chairman of the Marcus Garvey People's Political Party, representing the Rastafari faith, described his faith as a New World religion born out of the sufferings of the African people who were once enslaved.

Quoting verses from Psalm 137, he outlined the chronology of the Rastafari captivity.

"It took Marcus Mosiah Garvey, our prophet to point us to the way forward," he asserted.

Concluding that the Rastafari religion is centred on love for mankind, Matthews stated that it is one of the modern interpretations of the ancient religious Bible from the original manuscript found in Africa.

"The Ten Commandments were preceded by 42 admonitions some 5000 years before the birth of Christ," he disclosed.

"So the journey started for the early Rastafari exponents to see themselves in this strange land," the Rastafari leader said.

The Reverend Adrian Ellis, who pastors an Apostolic Pentecostal Church in Clarendon, representing the Christian faith, made it clear that there is only one true God.

"The name of the one true God is Jesus the Messiah, who God manifested himself in. This is why the Apostolic Pentecostal baptise in the name of Jesus Christ," said Ellis.

"There is another Christian group, known as the Trinitarians, who baptise in the name of the Father, Son and Holy Spirit - the titles of God," Ellis pointed out.

Making reference to Acts 2:38, he said the word of God made it clear that water baptism must be done in the name of Jesus Christ.

"Father, Son and Holy Spirit are titles of God, and no true baptism can be accomplished baptising in titles. Baptism is a spiritual washing away of sins, therefore, it must be done in God's name," he concluded.

Khan closed the conference with a revelation that his religion recognises all past faiths and that Islam is a continuation of Christianity.

"We believe that the only existing God sends his messengers and prophets to unite mankind from different parts of the world," Khan said, adding that the Admadiyya Muslim Jamaat prophet, Mohammad, is a continuation of all the prophets of old; a clear difference between the other two faiths.

"We also believe in God's angels and all his prophets. We cannot be Muslims if we reject Jesus, Moses, Abraham, and the other prophets mentioned by God," Khan informed, a principle he said was advocated by the Holy Quran.

The moderate congregation present at the conference expressed amazement at the similarities between the religions.