He without sin cast the first stone...Pastors says persons with shady past should be forgiven 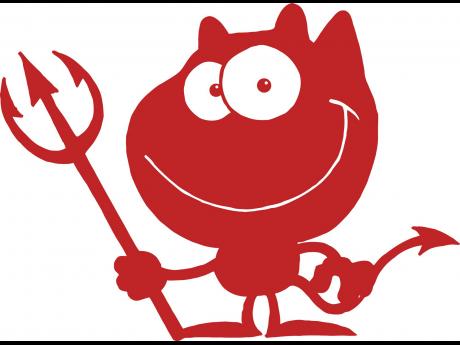 How should the Church treat with persons who may have had a shady past? Is there salvation for these persons?

The Reverend Howard Edwards of the Toll Gate New Testament Church says these individuals should be embraced by the Church.

"First, we must look at what it means in terms of salvation. The word salvation means deliverance. What are we delivered from? Most obviously, we are delivered from sin, and sin is what displeases God. When a person comes to Christ, the Bible clearly states that you have recognised your own sinful past, you've admitted that which is wrong, and you're now seeking the Saviour, Jesus Christ, who will cleanse us from all our sins, which is our past deeds."

Edwards explained that in 2 Corinthians 5:17, "If any man is in Christ, he is a new creature; the old things have passed away and all things have become new. So, I genuinely believe that the Church should recognise the power of Christ to change a person and give them a new future and brighter hope so that they can manifest to the world what the power of God can do."

Using an example from the Bible, Edwards explained that one of the greatest writers of the New Testament was the Apostle Paul, who had a really shady past. "He was there approving the death of a person who was a Christian, albeit he thought he was doing the right thing, but he was helping to commit murder. But when he came to Christ, Christ used him as a very powerful instrument to spread the Gospel. In fact, Paul says it is through him that the power and the grace of God could be demonstrated in greater measure, and that he could be cleansed from such (what we call) dangerous sin and made him into a powerful minister. So, obviously, your past should not be attached to you in going forward once you come in Christ, so I believe that once he's genuine, he should be able to participate in the different activities," he told Family and Religion.

"Christ is able to manifest in us. There is a songwriter that says the viler the sinner, the richer the blood. So, the blood of Christ is made more effective," Edwards told Family and Religion.

Edwards said some people who Christ used were like the fishermen, and they were seen as vicious persons and were the ones Jesus called and used effectively. "In fact, Judas was seen as an uptown person and he was the one who did the worst to Christ. He betrayed Him. So, he that is without sin, let him cast the first stone," said the pastor.

If Christ is not able to forgive this person of his sin, what benefit do you think will be there for the blood of Jesus? If you can't accept this person, it could also mean that you are also suffering with your past."