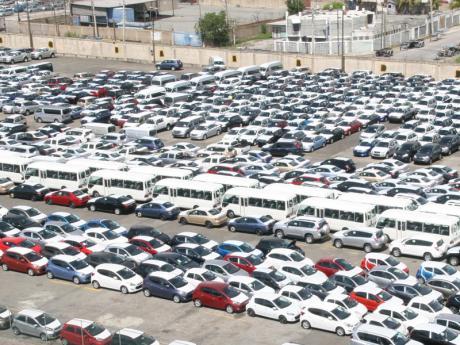 The Jamaica Used Car Dealers’ Association has described as draconian and unconscionable the policy by Jamaica Customs that all items placed on its Auction List will remain on it until sold.

Vehicles left uncleared for more than three months at the island's ports are usually declared by Jamaica Customs as overtime goods.

In the past importers were allowed to clear their vehicles up to the day before the auction date.

Now the JCA says once an item is placed on the auction list, it will not be taken off.

However, President of the Jamaica Used Car Dealers’ Association, Lynvalle Hamilton says this move will be a blow to car dealers.

Sign up for The Gleaner’s morning and evening newsletters.
President of the Jamaica Used Car Dealers’ Association, Lynvalle Hamilton

Hamilton says he is surprised at the position taken by customs given that the industry is the largest earner for Jamaica Customs.

He says the decision was taken without any consultation with industry players.

Yesterday, Commissioner of Customs, Major Richard Reece, said the decision was taken in a bid to stem illicit transactions and to protect Jamaica Customs from legal action.

The issue of items being improperly taken off auction lists arose this week following the seizure of several vehicles from automobile dealers.

It is reported that the vehicles, which were placed on public auction, were illegally removed from a holding area.

The removal is the subject of an investigation by Customs.