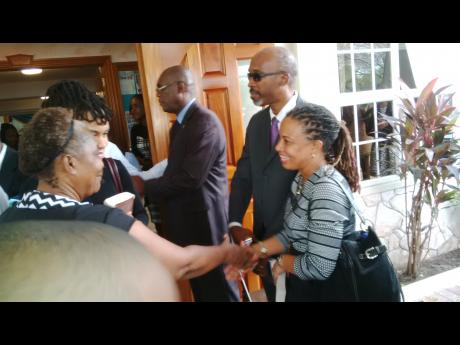 Media workers gathered at the Andrew's Memorial Seventh-day Adventist Church in St Andrew this morning to mark the start of Journalism Week 2015.

This year's week-long activities, which culminate with the annual media awards on Saturday, are being held under the theme: 'New Media, New Challenges'.

Pastor Levi Johnson would later reinforce the importance of patience and power.

He said there had to be an appreciation for the difference between men in positions and men in service.

According to Johnson, even in the church, there existed the practice of people jostling for positions, but who have failed to serve.

"If you are called, then serve!" Johnson charged noting that people should also place emphasis on the principle of respect.

Other activities for journalism week include a panel discussion scheduled for Monday at the Jamaica Pegasus Hotel and the Press Association of Jamaica’s annual awards presentation scheduled for the Courtleigh Auditorium on Saturday.