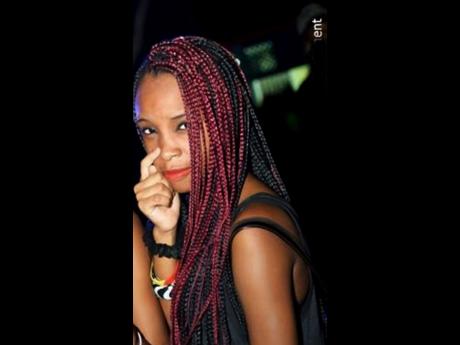 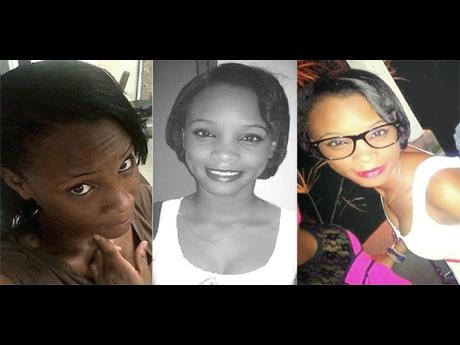 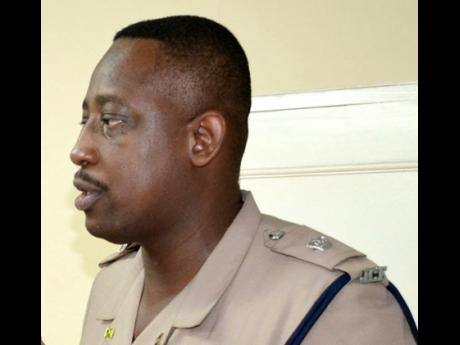 Carona Hepburn feels she has been stuck in a nightmare for the past 15 months. That is how long her daughter, Shanel Hurd, has been missing without a trace.

Shanel was among 1,984 children reported missing last year. Seventy-nine per cent of them were girls.

At the end of the year 253 of these missing children were yet to be found and Shanel is on that list.

Hepburn last saw her daughter on Monday, August 11, 2014, 42 days before the family would have celebrated Shanel's 16th birthday.

It was a beautiful day, perfect for a trip to the beach, and that was where Shanel said she was going when she left the family house in Mamee Bay, St Ann.

"I wish I had called her back when she did a run, but mi never call her. She never did want me to know that she was leaving the house, but her smaller sister came and said 'mommy Shanel a leave the yard' and she run," 42-year-old Hepburn recounted.

"So I said, 'where is Shanel going', and her sister said, 'she is going beach', but because the beach is across from where I live and that is the only beach they have ever gone to I didn't think anything of it," said Hepburn.

But Shanel never made it to the beach that day, instead she reportedly journeyed to Port Maria to visit an 18-year-old male at his parent's house.

A year and three months later and Hepburn is still waiting on Shanel to return home.

"A week before that she told me that she dreamed that a man killed her and I said to her 'Shanel, don't go to anybody's house', and a week later she disappeared without a trace," said Hepburn.

"She never went missing from the house before. Any time she not here she around by her cousin them."

Hepburn, who has been working on construction sites to provide for her two daughters as their father is not present in their lives, said she has since turned to alcohol to fill the void during sleepless nights as she craves for closure.

"I am really not coping. I think about it in the mornings, first thing when I get up, and last thing at nights," said Hepburn.

"A just drink mi drink. Mi just tek drinking for it. Night-time mostly, mi nuh know what to do. I just drink rum every night from that."

Shanel's grandmother, Maxine Thompson, fears the worst for her first grandchild and for her, the pain is amplified by the fact that they have not been able to have a funeral.

"We are searching for closure. All of us believe in our hearts that Shanel is dead, but we just want to know," said Thompson.

"Even if we got the bones to bury we would feel better because something bad happened to her. We would have got to mourn and try to move on, but instead we are just mourning every day."

Hepburn shares her mother's sentiments as she said the hurt of not knowing her daughter's fate has her on the brink of insanity.

"I feel like I am going crazy, because there is one thing I always say is I wished I had a grave to go and put some flowers on sometimes," said Hepburn while struggling to hold back tears.

"Mi child out there, I don't know if she is buried somewhere or if she locked up somewhere or maybe she in some foreign country. I think all kind of things."

Thompson is calling on the police Criminal Investigation Branch in St Ann's Bay to apply more pressure on the boy whom she allegedly went to visit.

"Shanel was underage, 15-year-old, and she went to the boy's parent's house and they took her in, and there is a charge for harbouring a minor. Worse she went missing from your house," said Thompson.

"And all the police can say is that she had a lot of boyfriends. But she went to that house up by Port Maria."

According to Thompson, the boy said Shanel was with him in Port Maria and he put her on a taxi Monday night to return to Ocho Rios.

Thompson said she later learnt that her granddaughter helped the boy with his school-based assessments, and he even posted a photo on the social media site, Facebook, of the two of them in a shower.

"I had the picture on my phone and I took it to the police and they are doing nothing," said Thompson.

"Before they go to the boy's house and investigate, they came to my daughter's house and said they found a piece of paper that Shanel wrote on she have a lot of boyfriends, so it can be one of the boyfriends that take her away. Even though the boy's story is not adding up, it sounds so funny," added Thompson

But head of the St Ann police, Senior Superintendent Wayne Cameron, has rejected the claim that the investigators are not doing enough.

"Having read the files, it appears to me that all ends were covered in respect to dealing with a missing person," Cameron told The Sunday Gleaner.

"The call traces were done and that did not reveal anything that could contribute to the investigations in any way.

"All the relevant persons concerning her were interviewed; statements were collected from them and nothing to pin down anyone really.

"The boyfriend that she had a relationship with, he was interviewed and his cell phone was taken and forensic work was done on it in terms of the call data, and we have not found anything. He said that he sent her back home the same night that she came to visit. The place was searched and nothing of evidential value turned up," added Cameron.

The location where she was last seen, the policeman revisited that location since this year. So the case is being revisited from time to time; we have nothing new," said Cameron.

Between January and August of this year, 1,377 missing children reports were made to the police.

According to statistics provided by the Jamaica Constabulary Force's Missing Person Monitoring Unit, 1,101 of the 1,377 have returned home, while 271 are still missing and five were killed.