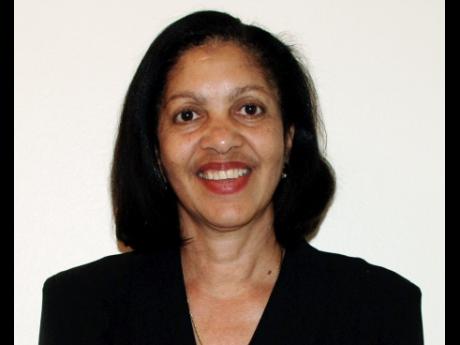 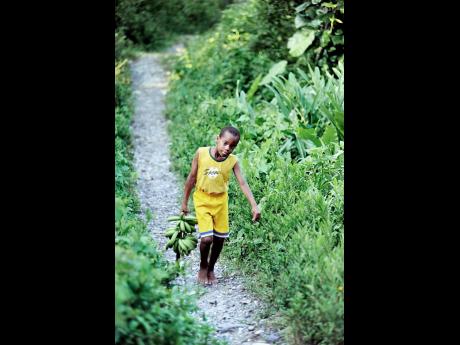 Ricardo Makyn
This youngster makes his way along a path in the Rio Grande Valley, Portland, with a bunch of green bananas.
1
2

Nutrition specialist Patricia Thompson is calling for new approaches to raise public awareness and properly inform the debate on nutritional challenges in Jamaica and the wider Caribbean.

She argues that there is a serious risk of misinformation being accepted as scientific fact, especially in light of the recent thrust to educate the public in general about the benefits of fresh, wholesome agricultural produce, over processed foods.

According to Thompson, the education is urgently needed as there is the wide-scale acceptance as "fact" that processed food is really "junk food" containing empty calories, with very little nutritional benefit, and this could end up exacerbating the problem it is seeking to correct.

Thompson's comments came as she presented on the topic 'Nutrition Challenges and Programme Outcomes in Jamaica' at a cross-learning workshop under the theme 'The Agriculture Nutrition Nexus and the Way Forward' during the inaugural five-day Caribbean Pacific Agri-Food Forum at the University of the West Indies, Cave Hill campus, Barbados, last week.

Afterwards, she clarified some of the issues, during an interview with The Sunday Gleaner. Thompson pointed to what she said is one misconception that boiled green banana is an excellent source of iron.

"From the Jamaican context, everybody knows about green banana and mackerel or green banana and liver, and so on. What is important about the green banana is that we are not eating it by itself, we are eating it with something else, and so the nutrition is to be found in the complementary value of the two items," the senior nutritionist explained.

While she accepted that there is some truth to the assertion that many processed foods contain empty calories, in that they fill the stomach but have little nutritional value, she insisted that this is not always true. Again using the banana, she did a comparative analysis of the fresh fruit with the processed item.

"The green banana is primarily starch and it has some other nutrients that we can't see. Most noticeably, people know about the potassium value, which is the same in the ripe or green fruit.

"Then you could easily call the green banana empty calories (because) what else does it really have other than the carbohydrate for calories? There is minimal protein and no fat to speak about, which are the two main sources of calories," Thompson pointed out.

"So in terms of nutrients primarily what we are looking at is the potassium, so isn't that empty calories? However, most people would call the banana chips empty calories."

It takes three ounces of edible banana to make one ounce of the drier version of edible banana chips. A nutrient breakdown, according to Thompson, shows the boiled banana crushed with butter having 147 calories, a mere two calories above the 145 in the chips. At eight ounces the fat content in both versions is identical, with the protein level at one gramme also equal and the dietary fibre content as well as Vitamin C level also the same.

However, surprisingly, the sodium content of 150 milligrammes as a result of salt added to the cooked banana is well above the 60 milligrammes found in the banana chips.

"That's the misconception I am telling you about," said Thompson.

"Normally, the bulk of salt that is really detrimental to our health is what we are adding to our cooking, the salt we use to season meat. I just had some mashed potato and the amount of salt in could have killed me, but would we call mashed potato empty calories food? No, of course not," she declared, before going on to dispel another nutrition myth.