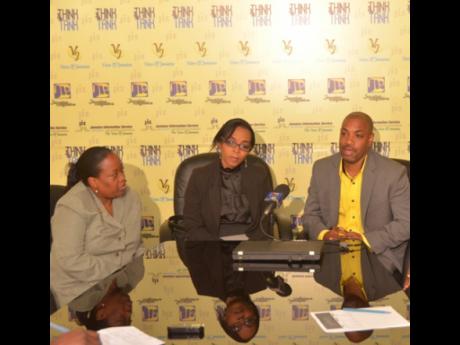 The Jamaica Cancer Society (JCS) and the National Council on Drug Abuse (NCDA) are increasing their focus on smoking among young people in order to prevent lung cancer.

Fundraising and Public Relations Officer at the JCS, Shullian Brown, revealed that in addition to the regular cigarettes, young people are using substances such as grabba, e-cigarettes and hookah pipes.

Brown said both JCS and the NCDA are working closely with the youth by visiting schools to sensitise them about the effects of smoking on the lungs, and quality of life.

She noted that while the agencies are doing their best to share the information persons must be responsible for their own health and be willing to receive the knowledge.

She is urging parents, teachers and guardians to take the time to supervise youngsters and know their smoking habits.

“Parents, get to know the smoking trends among the youth and you will be in a better position to advise and supervise them. Help prevent an increase in lung cancer diagnosis among the youth,” she said.

Substance Abuse Officer at the NCDA, Daniel Brown, said the entity, as part of National Drug Awareness Month in November, will be going into the schools to talk to the youth about the dangers of smoking and the use of other illicit drugs.

He noted that the effects of smoking are compounded by the use of other substances such as marijuana and alcohol.

Mr. Brown said school administrators also need to be aware, because there are vendors, who are finding more creative ways to sell drugs to students.

“Sometimes, they put the drug in condiments and pastries and we strongly advise youngsters not to eat the drugged sweets because it will have twice the damaging effect on their lives,” he said.

“The marijuana drug can be smoked, drank or eaten and the latter is the most potent of them all,” he pointed out.

Mr. Brown said the grabba, which is the street name for raw tobacco, is altered to increase its effect as a drug.

“The Red Herring, Red Rose, Rope twist and Cow tongue are among the popular grabbas, which will increase the risk of cancer,” he explained.

As it relates to the hookah pipe, he said that persons “are adding these highly processed tobaccos in the pipes and are replacing the water in the pipe with alcohol, which increases the potency of the concoction.”

JCS is celebrating its 60th anniversary and is also observing November as Lung Cancer Awareness Month under the theme: ‘Life is too precious to go up in smoke.’

The theme for National Drug Awareness Month is ‘Know the Facts Know How to Act.’