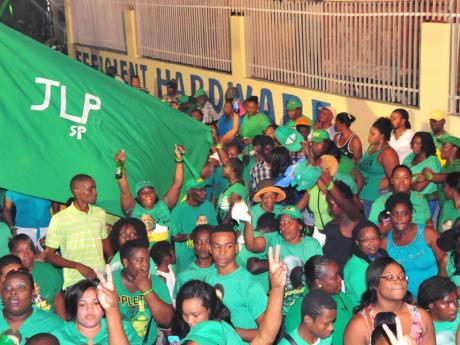 The Jamaica Labour Party (JLP's) Rose Heights Division caretaker Arthur Lynch took to the political platform in Granville, St James Sunday predicting that his party will take the western city in the next general election.

Energizing throngs of supporters at a political meeting, Lynch said in the absence of  Kenrick 'Bebe' Stephenson, the funds for the People's National Party have dried up in the west.

Bebe, a leading PNP activist who was regarded as a major financial backer, was shot dead last year.

The police had listed him as a key player in the lottery scamming.

"They have no money left," Lynch said.

Lynch's comments were echoed by Norman Brown, vice chairman for North West St James, who declared that MoBay would return to the JLP.

"With Horace Chang, Heroy Clarke, Marlene Malahoo Forte, Edmund Bartlett and Homer Davis we will reclaim MoBay as a green city," he said.