Vaz back with a vengeance - Firebrand declares commitment to JLP 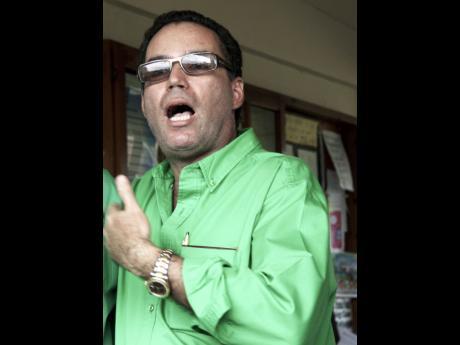 Western Portland's Member of Parliament Daryl Vaz has declared that he is back in the folds of the Jamaica Labour Party (JLP) "more than 100 per cent".

Vaz, who has been on the sidelines of the JLP since he led a failed attempt by Audley Shaw to replace Andrew Holness as the party's leader in 2013, has promised to spend "every ounce of energy" in making life easier for potential investors if his party is voted to form the next government.

According to Vaz, he is more than willing to bring his experience to bear on the no-growth economy languishing under the leadership of the People's National Party (PNP).

"I have become so incensed with what is happening in the country, from handling of the health audit to the denial of the censure motion, inclusive of the muzzling of the commissioner of police," said Vaz.

"I realise that at this stage, one has to put country above self at all times, and any personality issues for the bigger and better picture," said Vaz as he declared his commitment to the JLP.

The outspoken MP said he has reached the point where he is going to do everything in his power and use "every ounce of energy" to get rid of the PNP Government.

Asked if a JLP government would be able to perform any better than the current PNP administration, Vaz pointed to what he said was his party's history of economic performance.

"The Bruce Golding administration was a very progressive Government and, unfortunately, the lack of judgement in relation to one particular issue is what caused the country to turn," said Vaz.

"If you look at where were headed economically and the harsh decision taken on the issues of governance and divestment there is no two ways about it," he added.

Vaz noted that the majority of those in the JLP administration who were ministers in the past administration, both young and old, are still available.

Vaz said Finance Minister Dr Peter Phillips continues to slavishly stick to the programme handed to him by the International Monetary Fund (IMF).

"The Labour Party would have no option, based on where we are, but to do the same," he said.

Vaz equated the current IMF programme to a parent and a child. "Until you are of age, you have to live under the roof of your parent.

"Until you can reach the age and earn enough to venture on your own, you have to live under the rules of your parents," he argued.

He said while the JLP would conform to requirements of the IMF agreement, there will be growth if the party is voted into office.

"The difference is that the JLP is business-friendly, they know business and have people in their midst with experience," he said.

Vaz promised that as it was in 2007, a JLP government would ensure that the private sector has a go-to person to navigate the bureaucracy that exists in getting things done.

"This Government neither has a go-to person nor knows how to grow the economy," he said.