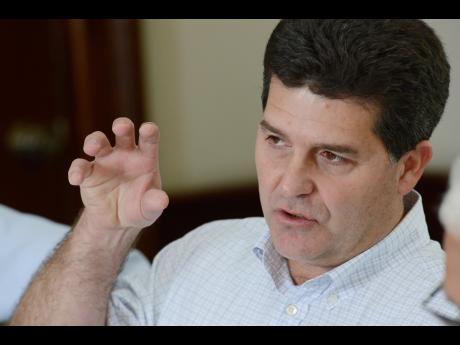 File Photo
Mahfood is commending the Prime Minister for allowing time for the new voters’ list to be published before calling the elections.

William Mahfood, president of the Private Sector Organisation of Jamaica (PSOJ), has described as a wise move Prime Minister Portia Simpson Miller’s decision not to call a general election this year.

After being on the road for five weeks, Simpson Miller, who is the People's National Party (PNP) president, last night called a sudden halt to the party's re-election bid.

Addressing a mass rally in Black River, St Elizabeth last night, Simpson Miller said Jamaica will not go to the polls on the current voters' list.

READ: No 2015 poll - Portia opts not to call election this year The PNP president also said Christmas is a special and sacred time.

Mahfood says the PSOJ welcomes the news, as a December election would have impacted business during the usually lucrative Christmas season.

The president of the Private Sector Organisation of Jamaica, William Mahfood.

He says, going forward, there needs to be a fixed election date so that there is some certainty regarding when national polls will be held.

Meanwhile, Mahfood is also commending the Prime Minister for allowing time for the new voters’ list to be published before calling the elections.

The Prime Minister says the party will win the election when it is called as the PNP has been working in the interest of Jamaicans.