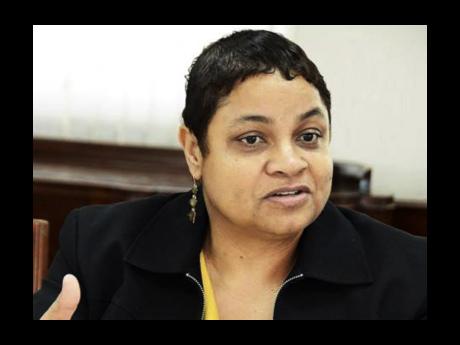 Collette Browne, director of client services at the National Council on Drug Abuse (NCDA), is bemoaning the fact that persons in Kingston are not as receptive to receiving assistance when it comes to issues of drug abuse when compared to other parishes in the country.

In an interview with The Gleaner, in recognition of Drug Awareness Month, Browne stressed the need for a collaborative approach in tackling drug abuse.

"We do have sessions available islandwide where persons can come in and get help; however, I don't think persons, generally, are motivated to seek help and quit," she declared.

"We have certainly engaged a lot of persons over the years and have changed many lives. The office in Montego Bay has certainly taken the lead on this. We find that more persons from the western end of the island will get help; however, there is a culture of self-sufficiency in Kingston. People just don't think they need help."

The director, however, indicated that resource constraints is a hurdle that the council is battling with, which has limited them from reaching the entire country. She also shared that coping skills is proving to be difficult for many persons.

"I must admit that as an agency, we can do much more in terms of raising public awareness. However, it is expensive to advertise your services. When it comes to specific events such as World Tobacco Day, we will blast the media, but we don't have the finances to do it as often. Also, we only have one officer per parish, but we are working to address that because the need is great," Browne said.

"Coping with life is reported as the main cause among the adult population when it comes to drug use. People just don't know how to deal with problems, and it is something we have to seriously inculcate within our people, especially the youth."

She continued, "Life comes with numerous challenges and we can't get away from that. However, it cannot be that the first thing people think about is drugs."

The client services director also told The Gleaner that sensitising persons on the amendments to the Dangerous Drug Act would be critical.

"I think there is more education that needs to be disseminated to the public. People still think the drug is legal. You just can't decide that you are going to plant a field of ganja and sell it. It's still illegal. Have you got your permit from the Cannabis Licensing Authority? I still don't think people actually know what two ounces of marijuana looks like. People still need to be educated and be empowered to make better decisions," she declared.

Similarly, NCDA's executive director Michael Tucker noted that a great deal needs to be done among the youth population.

"There is still some confusion, and we believe persons should be aware. A number of young people continue to display behavioural problems as a result of ganja use - whether its education or relationships with their families," he said.

The amendment to the Dangerous Drugs Act came into force earlier this year, with the primary goal of reducing the arrest and incarceration of young people for minor ganja offences.