Malahoo Forte calls for SERHA board chairman to be booted 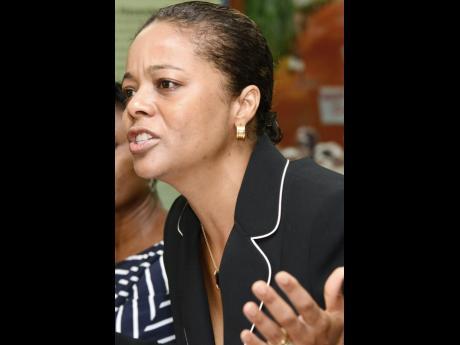 File Photo
Malahoo Forte has urged Dalley to reconstitute the SERHA Board.

Malahoo Forte has also urged Dalley to reconstitute the SERHA board.

She has questioned why Dr Cooke has not resigned or replaced as board chairman given what she said was his very deep and very intimate involvement in the management of the health sector alongside former Health Minister Dr Fenton Ferguson. “It is widely known that Dr Cooke is not only a political activist but the right-hand man of Dr Fenton Ferguson," said Malahoo Forte.

She said that Dr Cooke was rewarded with the chairmanship of SERHA, which she says is the largest and most difficult of all regional authorities.

According to Malahoo Forte, SERHA also remains at the centre of an impasse with private sector partners regarding the development of a critically needed cardiac centre at the Bustamante Hospital for Children.

She claimed that many decisions taken at SERHA have been skewed to serve the interest of the ruling Peoples National Party rather than the broader interest of the people of Jamaica.

“The current composition of the board of SERHA, for the most part, is all about the PNP ‘taking care of its people’.  This is an approach that puts party interests ahead of national interests. We cannot continue this way,” said Malahoo Forte.