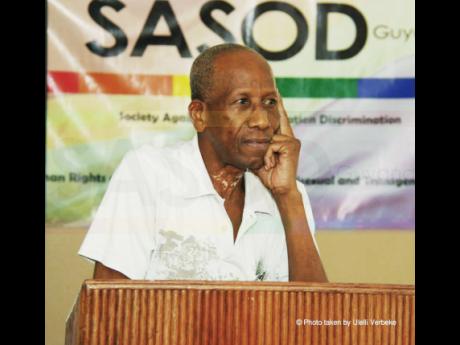 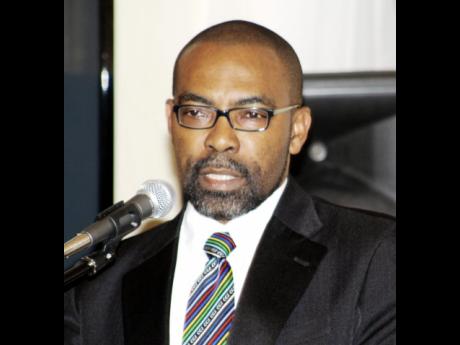 Justice Winston Anderson, a judge of the Caribbean Court of Justice
1
2

His shoulders were never broad. In fact, they were quite slender. But they were supported by a brilliance of intellect; a nimbleness of mind; an iron fist of will; and a ready irascibility for those who obstructed his purpose. He was the embodiment of the words of his countryman: "I'm like a stepping razor; don't you watch my size ... I'm dangerous!"

Unlike Atlas of ancient Greek mythology, Sheldon McDonald was not condemned by any god to bear this burden. It was a burden of his own voluntary choosing. His eminent academic and professional qualifications, and his native connections with such notable Jamaican figures as Messrs Michael Manley, P.J. Patterson, Carl Rattray, and Patrick Robinson, meant that his options were many: a career as a political activist and, possibly, a member of parliament and a minister; an international lawyer, possibly in the law of the sea; an international negotiator for global trade deals; a researcher and writer; a journalist and producer.

But he chose none of those. Instead, he chose us.

He laboured for five years to make the judicial arm of the CSME a reality. Shortly thereafter, in 2006, he was the CARICOM consultant on the drafting of a treaty to provide for the protection of human rights in the Commonwealth Caribbean.

He also served the wider Caribbean as legal adviser to the Association of Caribbean States, from 2006 to 2010.

He then placed his considerable legal acumen as well as his organisational skills at the disposal of several new generations of Caribbean law students as lecturer and head of the Law Department of the University of Guyana. This, until his tragic death 19 days ago (November 4).

His accomplishments are many and they are outstanding, but it was for his midwifery of the Caribbean Court of Justice (CCJ), that, most likely, he will best be remembered.

From 2000 to 2005, Sheldon was the project coordinator for the establishment of the CCJ and had the primary legal and institutional responsibility, working under the supervision of the Preparatory Committee, for the process of making the regional court, among disunited island and mainland states, a living reality. The dead hand of regional cynicism weighed heavily up his shoulders. But he was indomitable.

He travelled every nook and cranny of the Caribbean. He met with politicians, with lawyers, with journalists, with students, with bureaucrats, with public service officials, with the Caribbean people. He reasoned, he argued, he shouted, he conceded, he criticised, he complimented. He discharged his responsibilities by any means necessary.

PROUD DAY CCJ CAME INTO BEING

One of the proudest days in Sheldon's professional life was August 16, 2005 - the day that brought into being the Caribbean Court of Justice.

As the general counsel of the CARICOM Secretariat, Sheldon passed to me the draft speech he had prepared for Secretary General Edwin Carrington's consideration. I was surprised at its lyrical preamble which borrowed heavily from The Hollies' He Ain't Heavy, He's My Brother.

I told him I doubted that the SG would go along with it. He smiled, perhaps cheekily, perhaps ruefully, perhaps defiantly. It was sometimes difficult to read Sheldon McDonald.

As we gathered in Queen's Hall, Port-of Spain, on that sunny and glorious Saturday morning, pregnant with promise, SG Carrington strode to the podium and uttered words only changed in their order from that which Sheldon's pen had proposed:

I could not find Sheldon's eye in the crowd, but I knew he was smiling, and that his was a smile of triumph.

The community's welfare had been his concern. He'd been strong - strong enough to carry it. It hadn't encumbered him. And he'd got there.

Sheldon had said on many occasions that, in his tireless zeal as the project coordinator to oversee the establishment of the CCJ, he was quite willingly and happily working himself into retirement. And the CARICOM Secretariat did, in fact, hold a retirement function for him and his unit soon after April 16.

But he was not content to leave his newborn, fledgling institution to its own devices. He regularly intervened to correct what he saw as errant or deviant behaviour. As, for example, when there was the extrajudicial suggestion that the court suffered from an enforcement deficit. He pounced. He reminded us, with the kind of enigmatic energy that only Sheldon could muster, that Article XXVI of the Agreement Establishing the Caribbean Court of Justice required all contracting parties to, inter alia, "... take all the necessary steps, including the enactment of legislation to ensure that ... all authorities of the Contracting Party act in aid of the Court and that any judgement, decree, order or sentence of the Court given in exercise of its jurisdiction shall be enforced by all courts and authorities in any territory of the Contracting Parties as if it were a judgement, decree, order or sentence of a superior court of that Contracting Party."

He buttressed his submission with the fact that the CCJ Agreement had not only been ratified by the Executive, but had also been made into domestic statutory law by the Legislature. He relied on Section 12 of the Caribbean Court of Justice (Original Jurisdiction) Act 2012 of Jamaica, which provides that a judgment given by the CCJ, "shall be enforced in like manner as a judgement of the Supreme Court".

A VISIONARY OF CCJ'S POTENTIAL

Sheldon was a visionary of the court's potential. In his pioneering article, 'The Caribbean Court of Justice: Enhancing the Law of International Organizations' published in the Fordham International Law Journal in 2004, Sheldon challenged the court to aspire to a higher level of regional engagement grounded on a rules-based approach. Five years later, in asserting the power of judicial review of the actions of the Community in Trinidad Cement Limited v Caribbean Community, the Bench, led by then president, The Rt Hon Mr Justice Michael de la Bastide, said at Paragraph 32:

"By signing and ratifying the Revised Treaty and thereby conferring on this court, ipso facto, a compulsory and exclusive jurisdiction to hear and determine disputes concerning the interpretation and application of the Revised Treaty, the member states transformed the erstwhile voluntary arrangements in CARICOM into a rule-based system, thus creating and accepting a regional system under the rule of law. A challenge by a private party to decisions of the Community is therefore not only not precluded, but is a manifestation of such a system ... ."

Sheldon was a tireless supporter of, and advocate for, the CCJ. He was well known to the members of the Bench, past and present, and respected by them.

His last gift to the court was a typically polemical piece, his contribution to the CCJ's 10th anniversary book, to be published later this year. The coordinator of that project, Mr Justice David Hayton, related that he and Sheldon had many interactions over that contribution, including "some whimsical exchanges via Sheldon's BlackBerry".

Mr Justice Adrian Saunders greeted the tidings of Sheldon's passing with the widely held sentiment that "this is extremely said news indeed. Sheldon was one of the architects of our court".

And the Rt Hon Sir Dennis Byron, president of the Caribbean Court of Justice and chairman of the Regional Judicial and Legal Services Commission, eulogised Sheldon thus:

"Mr McDonald was a firm believer in Caribbean integration and played a pivotal role in the genesis of the Court as a member of the CARICOM Preparatory Committee, which contributed to the development of the CCJ and Caribbean jurisprudence.

"The court wishes to profess its deep conviction that Mr. McDonald's integral and sterling contribution to its creation is now, and will permanently be, incontrovertible evidence of his unwavering faith in and unstinting contribution to Caribbean integration, jurisprudence and development."

The Bench of the Caribbean Court of Justice mourns the loss of Mr Sheldon Ayon McDonald, a true Caribbean man who would not let slip from his shoulders the weight of integration, despite the odds.

The Caribbean Court of Justice might have been created by others, but it was first properly conceptualised by a small band of distinguished and selfless Caribbean jurists, prominent among them: Professor Simeon McIntosh; Justice Duke Pollard; Sir Shridath Ramphal; and Mr Sheldon McDonald.

We shall inhabit a world created by their legal imagination for many years to come.

If at his passing, Sheldon was at all laden with thoughts of the community, he was laden with sadness that everyone's heart isn't filled with gladness of love for one another in this idea named the 'Caribbean Community.'

The Caribbean Court of Justice expresses condolences to Mr McDonald's bereft family, his colleagues, his students, his friends, and to the Caribbean people.

He himself would probably want no greater epitaph than the one he penned for the ceremony on August 16, 2005: "May God bless this Caribbean Court of Justice and our beloved Caribbean Community."

And the Caribbean Court of Justice reciprocates: "May God bless Sheldon Ayon McDonald, relieve him of his burden, and grant him peace."

- The Hon Mr Justice Winston Anderson is a judge of the Caribbean Court of Justice (CCJ).