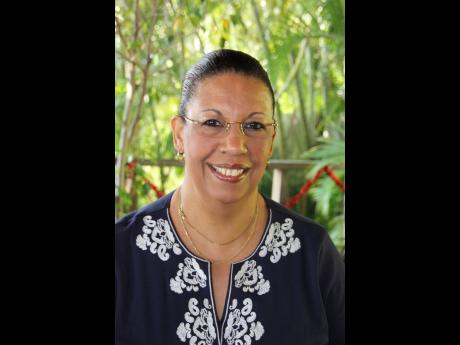 In 1968, Margaret Pamella Dunbar won a United Kingdom Caribbean beauty pageant. She was 20. She was born in November 1948, the first of five children for Olive and David 'Bud' Dunbar.

She was christened at St Margaret's Anglican Church, Liguanea, St Andrew, the same church in which her parents were married and the inspiration for her name.

After her family migrated to the United Kingdom when she was six, Dunbar attended primary, high, and secretarial schools in Nottingham, England.

The young woman, who remained very keen on her personal appearance throughout her life, had three children - Fidel, Leila and Karl Dhana - from her first marriage. For a while, the family lived in Coventry, England.

they returned to Jamaica in the mid-1970s and settled in Coral Gardens, Montego Bay.

"Margaret focused on keeping her children in a nurturing, structured environment, providing them with a solid education that would benefit them later in life," her son, Fidel, told Footprints.

her first marriage ended in 1983, and she migrated once again, this time to South Florida, Miami. There, she was to meet, and marry in 1987, Dennis Amiel, a fellow Jamaican.

Dennis had a daughter, Carolyn, from a previous marriage, and "together, Margaret and Dennis successfully parented their children".

"The success of all the children in their careers and personal lives is due to the foundation she laid, and deep moral values she ingrained in them," Fidel said of his mother, who he described as "unpretentious and down to earth".

When Margaret was diagnosed with breast cancer earlier this year, she put up a valiant fight, which she eventually lost on November 16 in West Palm Beach, Florida.

"She was brave and hopeful and strong; an optimist even until the end of her life," Fidel said.

"She will be missed by all, and her memory will forever be with us," Fidel said on behalf of his siblings and relatives, including Margaret's beloved grandchildren - Margaret, Rachael, Sarah, Zachary, William, Chelsea, and Lauren.