Banking is her Life 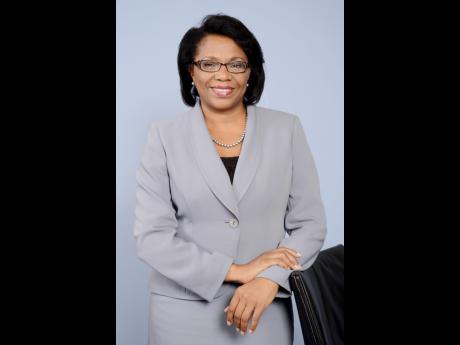 In celebration of the 80th anniversary of the Montego Bay High School for Girls, The Gleaner turns the spotlight on distinguished past student Maureen Hayden-Cater.

A career banker, Hayden-Cater is the former president of the Jamaica Bankers' Association (JBA), where she aimed to foster collaboration with the government, regulators and consumers, with a view to facilitating economic growth while maintaining a stable and sound banking system.

She was also president of First Global Bank Limited, where she led it strategically to become Jamaica's leading technology-driven bank. She had oversight for the operations of the bank's five branches islandwide, located in New Kingston, Manor Park, Montego Bay, Mandeville, and Liguanea. Hayden-Cater was appointed to the position of president in August 2010.

Before joining FGB, Hayden-Cater spent 22 years with Citibank Jamaica. While at Citibank, she served in a number of executive positions, which included global transaction services and commercial bank head, risk management head, and head of international trade finance. She also served as corporate bank head and country risk manager in Tegucigalpa, Honduras, for four years.

She is married, with two daughters. Fluent in Spanish, she enjoys reading, exercising, community service and is an active member of her church.