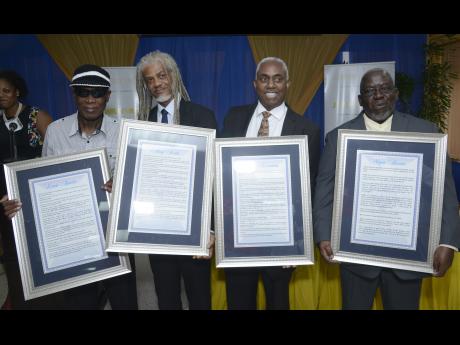 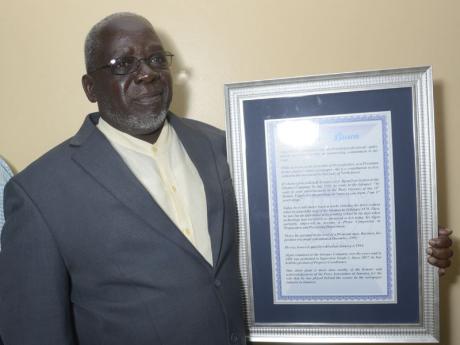 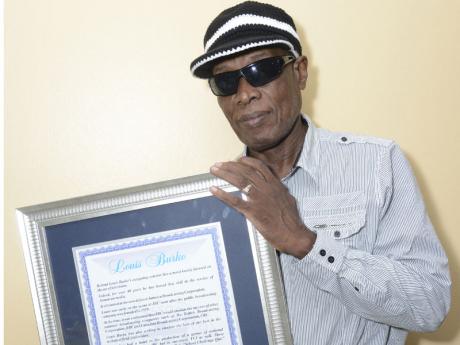 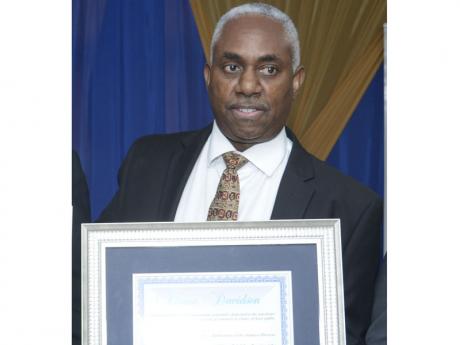 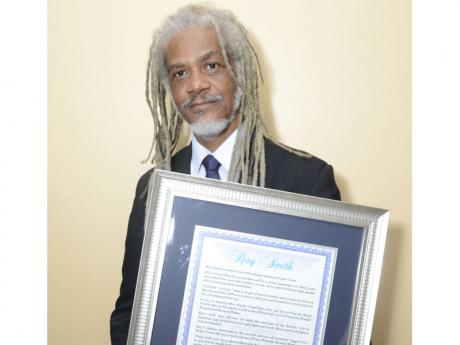 The Press Association of Jamaica (PAJ) today honoured four media veterans who have served the profession for periods ranging from 30 years to nearly 50 years the profession.

The four — Algon Brown, Louis Burke, Vernon  Davidson and Ray Smith — were honoured during a function at Wray and Nephew's corporate offices in St Andrew as part of the activities for National Journalism Week 2015: Algon Brown — Pre-press Supervisor, The Gleaner
It’s been a four and half decades since Algon first set foot at The Gleaner Company. In late 1969, he wrote to The Gleaner: "In reply to your advertisement in the Daily Gleaner of the 16th instant, I apply for the privilege to "earn as you learn. I am 17 years of age."
Today, he is still there; hard at work; showing the drive evident when he joined the staff of the Gleaner in February 1970. Then, he was but an apprentice at its printing school in the days when technology was not nearly as advanced as it is today. Yet Brown patiently improved. Louis Burke — Director, Television Jamaica
Behind his easy-going exterior lies a mind keenly focused on the art of television. Indeed, for over 40 years he has honed that skill in the service of Jamaican media. It all started at the now defunct Jamaica Broadcasting Corporation. Louis was early on the scene at JBC soon after the public broadcasting company was founded in 1959. He also had a hand in the production of a gamut of national programmes not only at JBC but its successor, TVJ as well. These programmes include ‘Ring Ding’, ‘Profile’, ‘School Challenge Quiz’ and ‘Where It’s At?’ Vernon  Davidson — Executive Editor - Publications, The Jamaica Observer
Davidson started his journalism career in 1981 as a Sub-Editor/Reporter at the Jamaica Daily News. He refused to surrender when the Daily News folded in 1983.  Instead, the Kingston College alumnus regrouped and went back to North Street, this time to the Gleaner Company as a Sub-Editor/Reporter from 1984 to 1987. Davidson took his skills to the Jamaica Tourist Board in March 1987 as Public Relations Officer/Writer and was in 1991, promoted to Acting Media & Information Manager. Eager for new challenges in mainstream media, Davidson left the JTB in February 1993 to help kick-start the Jamaica Observer newspaper. Ray Smith — Technical Director, CVM Television
From the ‘average’ man to Heads of State to royalty and so many in between, Smith has used his skills as a producer, director and broadcaster to tell stories in his own unparalleled way. It was no surprise then that he would play a key role in covering the Royal Visit by Queen Elizabeth as well as the official visits of US Presidents Ronald Reagan and Barack Obama. Smith’s skills were likewise on show for coverage of the historic visit to Jamaica, of great international statesman and South African freedom fighter, Nelson Mandela.  His camera immortalised the funeral services of legendary reggae icon Robert Nesta Marley as well as former Prime Minister, Michael Manley.