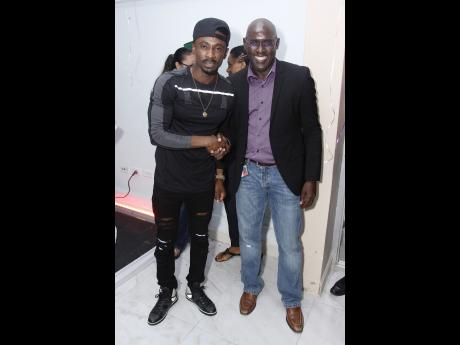 In fine style, the Red Stripe team said farewell to their managing director, Cedric Blair, on Friday, November 20. The Red Stripe headquarters on Spanish Town Road was transformed into a mini concert hall, headlined by some of Blair's favourite local artistes.

On the line-up were popular Jamaican deejay Bounty Killer and singer Chris Martin. Blair, an engineer, has driven the organisation to achieve major accomplishments, both locally and internationally, during his 20 years, including three years of consecutive growth.

Several staff members also spoke about his impact on their lives through his authenticity and down-to-earth leadership style.

LeVaughn Flynn, senior communications manager at Red Stripe, in summary said, "Cedric has earned the respect and the admiration of the entire staff because of how he allows everyone to discover that latent greatness within themselves. While we're sad to see him go, we are absolutely thrilled for him as he continues his remarkable career with Diageo."

Blair was recently appointed managing director for Diageo's Caribbean & Central America operations and will be moving to Miami with his family.