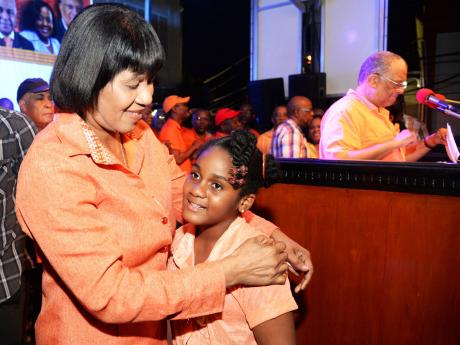 Prime Minister Portia Simpson Miller is calling for all Jamaicans to unite and stand against violence committed against women and girls.

Simpson Miller made the appeal in her message to mark today’s observation of International Day for the Elimination of Violence against Women.

She says violence against women and girls impedes the development process and hinders efforts towards peace and security.

She further adds that violence against women affects everyone and says everyone in society should play a role in putting an end to it.

The Prime Minister says the elimination of gender-based and other forms of violence against women and girls is central to the Government’s commitment to the safety and security of all citizens, particularly the most vulnerable in the society.

She says this commitment is reflected in national policies such as Vision 2030, the Jamaica National Development Plan, the National Policy for Gender Equality and the draft National Strategic Action Plan to Eliminate Gender-Based Violence in Jamaica.

Simpson Miller adds that a joint select committee of Parliament has been conducting a review of laws, including the Sexual Offences Act and Domestic Violence Act, to provide greater protection and redress to vulnerable women and girls.