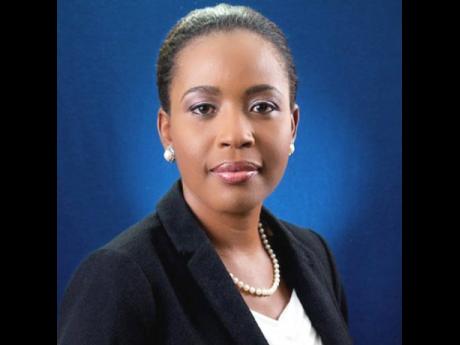 Jamaican businesswoman Valrie Grant was on Monday revealed as winner of the 2015 Commonwealth Women Entrepreneur of the Year Award.

The CBW is an accredited organisation which focuses on women's economic empowerment and is recognised by 53 countries across five continents.

STRIVE TO BE BETTER

"Grant impressed the judging panel for several reasons, including the fact that she owns and operates her business successfully internationally in a male-dominated field. She supports other female entrepreneurs, helping them to see how they, too, can strive to be better. She is always striving to innovate, and she is truly passionate about what she does," said Arif Zaman, CBW executive director.

Following the announcement, Grant said that for her and the GeoTechVision family, the award reinforced that they are doing something right.

She credited their success to the team being "farsighted and tenacious. These qualities have allowed the company to remain focused and have the fortitude and willingness to continue on the journey despite the obstacles".

While GeoTechVision is Grant's primary business, she is involved in other ventures, including Guyana's newest culinary haven, Island Style CafÈ and Juice Bar.

The entrepreneur also holds a masters in Geographic Information Systems and Environment from the Manchester Metropolitan University.

She is also a member of the board of directors for URISA International, the president of URISA Caribbean and an infoDev, certified facilitator for the WINC Accelerator Program in the Caribbean.

Grant is the president of Women Entrepreneurs Network of the Caribbean Guyana Chapter and is the 2015 Women's Entrepreneurship Day Ambassador for Guyana.