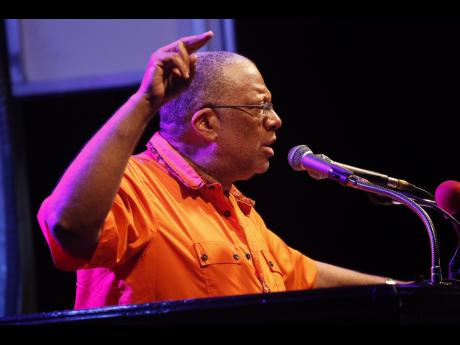 Ian Allen
Phillips ... People want to know what moves your heart. People in public life should be held to higher standards.

It follows mounting attention on Holness' Beverly Hills mansion that has been the subject of discussion on the platform of the People's National Party (PNP) for three consecutive mass meetings.

Phillips, speaking in Race Course, South West Clarendon, said he was not raising the question of integrity but noted that as Opposition Leader, Holness gets a report from Parliament's Integrity Commission which he should consider making public. Parliamentarians are required to make periodic declarations of their assets and liabilities to the Commission which was established to fight corruption in public life.

Both the Prime Minister and the Opposition Leader get copies of the report each year.

According to Phillips who is also the PNP's campaign director, years ago, former Prime Minister P.J Patterson declared his assets and liabilities for public scrutiny.

Phillips said he cares less about the size of the house anyone wants to live in.

"People want to know what moves your heart," Phillips said.

According to Phillips, people in public life should be held to higher standards.

"It nuh mek sense that you huff and yuh puff," Phillips said while stressing that it goes to the matter of trust.