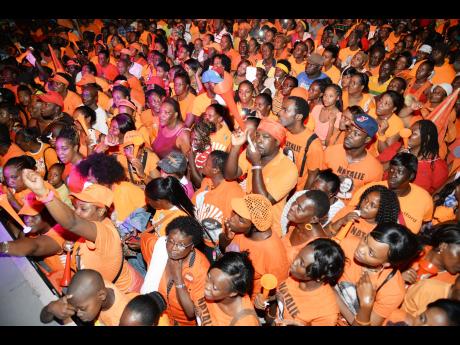 Jermaine Barnaby
Following today’s meeting in Clarendon, the PNP will head to Morant Bay in St Thomas on Sunday.

The People’s National Party (PNP) has indicated that its re-election campaign activities are continuing despite Prime Minister Portia Simpson Miller announcing there will be no national vote this year.

The party is heading to Racecourse, Clarendon, this evening for its sixth parish meeting since it took its campaign on the road.

The party says Simpson Miller, who is also president of the PNP, will head a powerful line-up of speakers.

Following today’s meeting in Clarendon, the PNP will head to Morant Bay in St Thomas on Sunday.

The opposition Jamaica Labour Party (JLP) has already stated that while it will change the nature of its campaign activities, it will not slow down the pace as it expects a general election early next year.

JLP is slated to be in Richmond, St Mary on Sunday.